Home » Nate Plus One 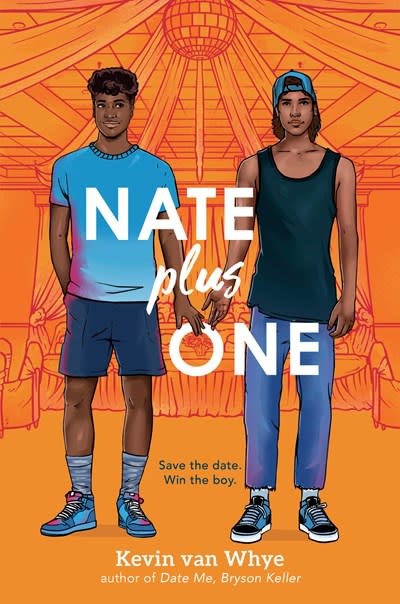 Boy plus boy. Two weeks in Johannesburg. A summer of music, adventure, self-discovery…and definitely not love. What could go wrong?

Nate needs a date to his cousin’s wedding. Jai is Nate’s best friend and secret crush. Could Jai be Nate’s plus-one—and only?

Nate Hargraves is a behind-the-scenes kind of guy. That’s why he dreams of being a songwriter instead of a singer. But things change the summer after junior year as Nate gets ready to fly to South Africa for his cousin’s lavish destination wedding. The trip is bound to be epic. Except—Nate just found out that his ex-boyfriend will be at the reception. Ugh. He does not want to face this one solo.

Jai Patel, Nate’s best friend (and secret crush), has his own problems. The lead singer of Jai’s band, Infinite Sorrow, quit weeks before a contest that promised to be their big break. But Nate rocks Jai’s world when he agrees to sing with the band. Even though Nate’s not one for the spotlight, he knows this is the kind of stuff you do for…friends. In return, Jai volunteers to be Nate’s travel buddy around South Africa, a buffer against his ex, and his plus-one at the wedding.

Maybe this summer will be epic after all. Now that Nate’s crush is on board, will love crash the party? Fall in love with this joyful, swoon-worthy rom-com by the author of Date Me, Bryson Keller.

Kevin van Whye was born and raised in South Africa, where his love for storytelling started at a young age. Kevin is the author of Date Me, Bryson Keller. He lives in Johannesburg, and when he’s not reading, he’s writing stories that give his characters the happy rom-com endings they deserve. Find him at KevinvanWhye.com.