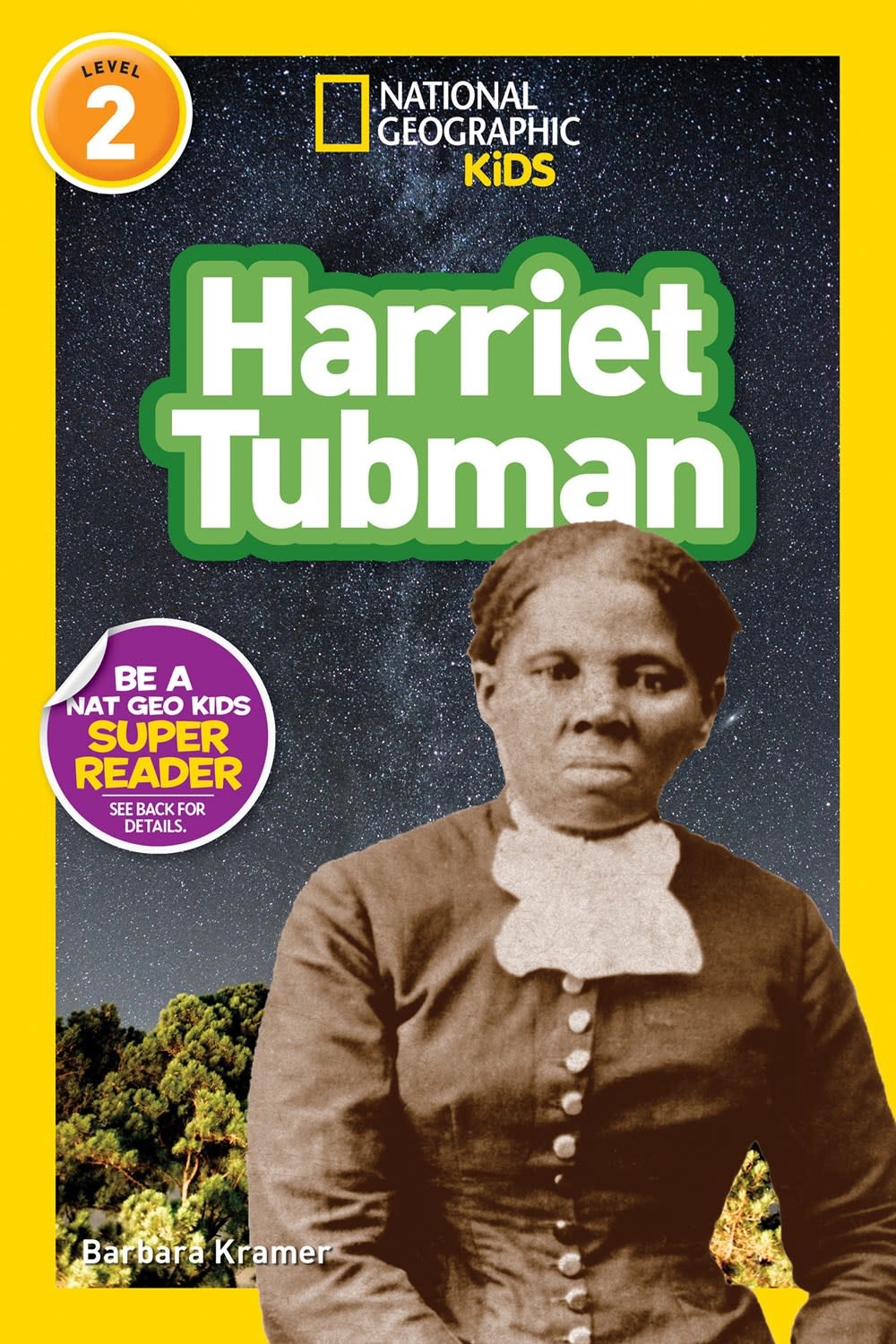 Find out about the life of Harriet Tubman and how her brave actions working to “conduct” the Underground Railroad helped the Union Army in the Civil War lead more than 700 slaves to freedom.

Learn about Harriet Tubman’s life, achievements, and the challenges she faced along the way. The Level 2 text provides accessible, yet wide-ranging information for independent readers.

National Geographic Readers have been a hit in the competitive beginning reader category, and this book builds on that success with the same careful text, brilliant photographs, and fun approach to high-interest biographies of fascinating people such as Harriet Tubman, has proved to be a winning formula with kids.

BARBARA KRAMER began writing biographies for children and young adults after following the advice of another author, who said, “Write what you like to read.” She remembered how much she enjoyed biographies when she was a kid, especially stories about trailblazers such as Davy Crockett, Daniel Boone, and Elizabeth Blackwell. She decided that’s what she wanted to write. Her subjects have included both historical figures and people in the news. She is the author of the National Geographic Readers Thomas Edison, Cleopatra, Sonia Sotomayor, Alexander Graham Bell, Pope Francis, Frederick Douglass, and more.