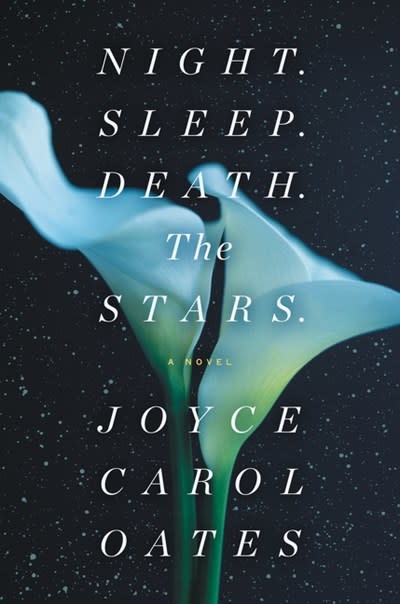 The bonds of family are tested in the wake of a profound tragedy, providing a look at the darker side of our society

Night Sleep Death The Stars is a gripping examination of contemporary America through the prism of a family tragedy: when a powerful parent dies, each of his adult children reacts in startling and unexpected ways, and his grieving widow in the most surprising way of all.Stark and penetrating, Joyce Carol Oates’s latest novel is a vivid exploration of race, psychological trauma, class warfare, grief, and eventual healing, as well as an intimate family novel in the tradition of the author’s bestselling We Were the Mulvaneys.

Joyce Carol Oates is a recipient of the National Medal of Humanities, the National Book Critics Circle Ivan Sandrof Lifetime Achievement Award, the National Book Award, and the PEN/Malamud Award for Excellence in Short Fiction and has been nominated for the Pulitzer Prize. She has written some of the most enduring fiction of our time, including the national bestsellersWe Were the Mulvaneys,Blonde, which was nominated for the National Book Award, and theNew York Times bestsellerThe Falls, which won the 2005 Prix Femina. She is the Roger S. Berlind Distinguished Professor of the Humanities at Princeton University and has been a member of the American Academy of Arts and Letters since 1978.