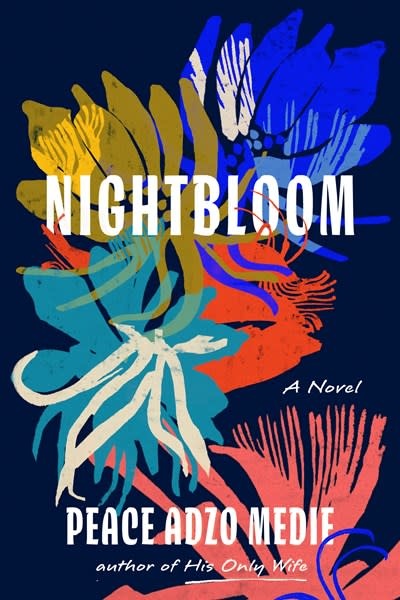 Author of Reese’s Book Club Pick His Only Wife, Peace Adzo Medie returns with a moving novel about the unbreakable power of female friendship.  After two inseparable young friends in Ghana become estranged, one moving to the U.S., only a crisis can bring them back together and reconnect their bond.

When Selasi and Akorfa were young girls in Ghana, they were more than just cousins; they were inseparable. Selasi was exuberant and funny, Akorfa quiet and studious. They would do anything for each other, imploring their parents to let them be together, sharing their secrets and desires and private jokes.

Then Selasi begins to change, becoming hostile and quiet; her grades suffer; she builds a space around herself, shutting Akorfa out. Meanwhile, Akorfa is ac-cepted to an American university with the goal of becoming a doctor.  Although hopeful that America will afford her opportunities not available to her in Ghana, she discovers the insidious ways that racism places obstacles in her path once in Pittsburgh. It takes a crisis to bring the friends back together, with Selasi’s secret revealed and Akorfa forced to reckon with her role in their estrangement.

A riveting depiction of class and family in Ghana, a compelling exploration of memory, and an eye-opening story of life as an African-born woman in the US, Nightbloom is above all a gripping and beautifully written novel attesting to the necessity of female bonds in the face of societies that would silence them. This assured follow-up to Peace Adzo Medie’s much-heralded debut is perfect for readers of The Girl with the Louding Voice, Americanah, and Of Women and Salt.

Peace Adzo Medie’s debut novel, His Only Wife, was a New York Times Book Review Editors' Choice, a New York Times Notable Book of 2020, and a Time Magazine Must-Read Book of 2020. It was also a Reese’s Book Club pick. Her book, Global Norms and Local Action: The Campaigns to End Violence Against Women in Africa, was published by Oxford University Press in 2020. She has won numerous awards for her scholarship and has held several fellowships, including the Oxford-Princeton Global Leaders Fellowship. She holds a PhD in public and international affairs from the University of Pittsburgh and a BA in geography from the University of Ghana.

This author is represented by the Hachette Speakers Bureau.