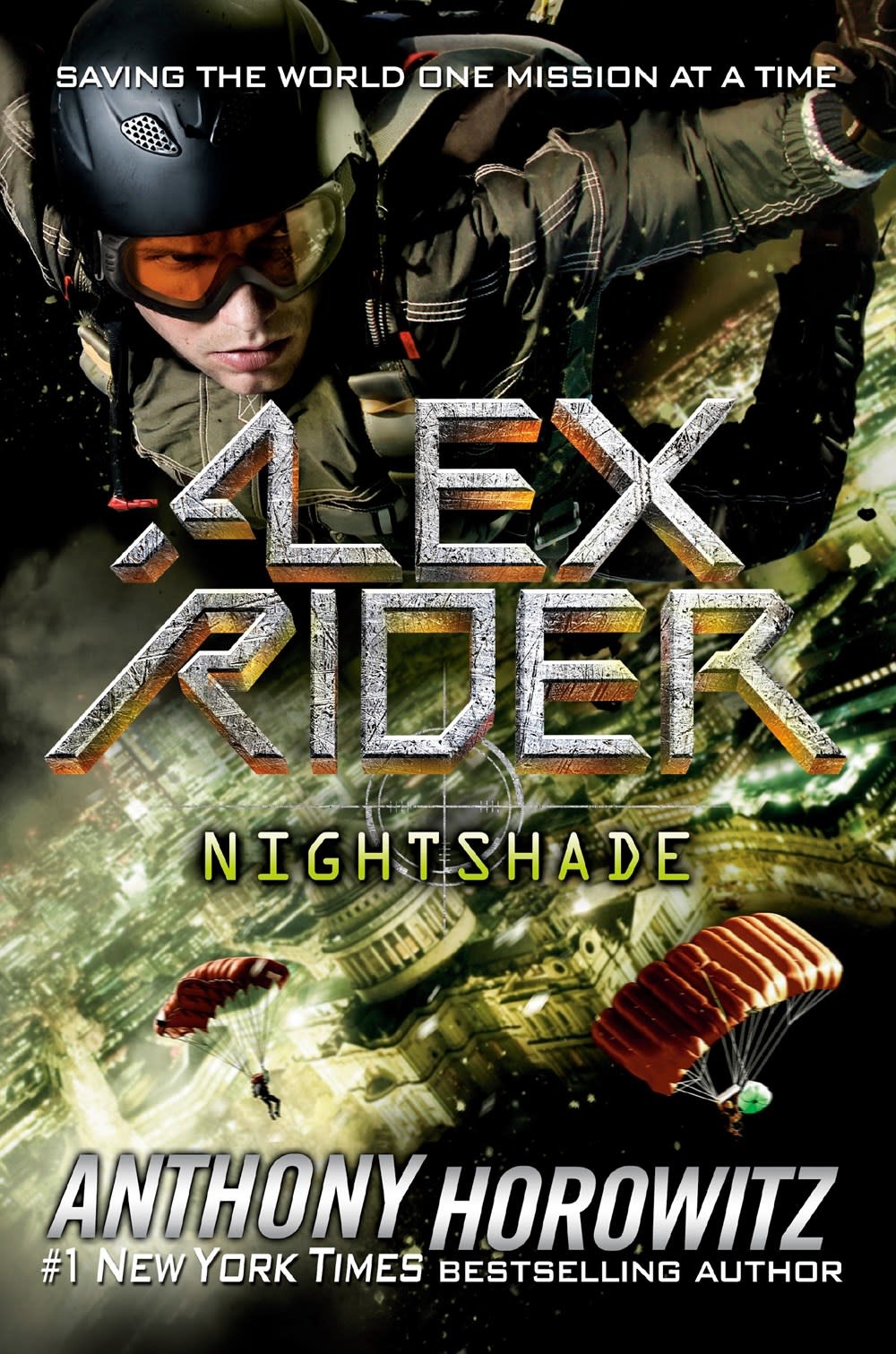 From internationally bestselling author Anthony Horowitz comes the twelfth thrilling installment of the Alex Rider series! Follow the world’s greatest teen spy as he sets off to Gibraltar after the death of Scorpia, and enters into a battle against a new criminal organization: Nightshade.

Following the shocking events of Never Say Die, Alex Rider’s world has changed: his biggest enemy, the evil organization Scorpia, has been destroyed. Alex is hoping his life can finally go back to normal, that he can go to school and spend time with his friends—but very quickly everything changes. A new and dangerous criminal organization—Nightshade—is rising.

When Alex discovers they’ve planned a mysterious attack on London, he will stop at nothing to take them down. But protecting his home city means facing off a ruthless new enemy and putting his life at stake, again. And this time, there’s no one to save him if he makes a mistake.

The #1 New York Times and internationally bestselling Alex Rider series is back with a vengeance in this edge-of-your-seat adventure. Perfect for fans of James Bond and Jason Bourne!

Anthony Horowitz is a world-renowned screenwriter for film and television and has received many awards. In 2014 he was awarded an OBE at Buckingham Palace for services to literature. He is the author of the #1 New York Times bestselling Alex Rider novels, which have sold 16 million copies worldwide as well as spawning a major motion picture and a major TV series now in production. A master of the spy thriller, Mr. Horowitz is the only writer authorized by both the Arthur Conan Doyle and Ian Fleming estates to write original Sherlock Holmes and James Bond novels, respectively. He lives with his wife and two sons in London, England.