Home » No Beauties or Monsters 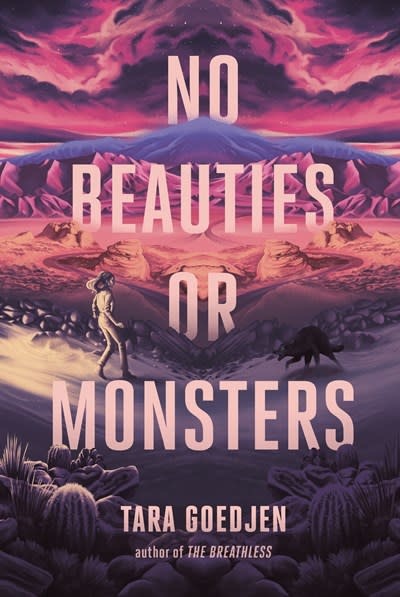 No Beauties or Monsters

For fans of Rory Power and Stranger Things comes an all-new, hair-raising mystery about a girl whose family secrets are as threatening as the desert that surrounds her—but whose quest to expose the truth may tear apart reality itself.

Rylie hasn’t been back to Twentynine Palms since her dad died. She left a lot of memories out there, buried in the sand of the Mojave Desert. Memories about her dad, her old friends Nathan and Lily, and most of all, her enigmatic grandfather, a man who cut ties with Rylie’s family before he passed away. But her mom’s new work assignment means their family has to move, and now Rylie’s in the one place she never wanted to return to, living in the house of a grandfather she barely knew.

At least her old friends are happy to welcome her home. Well, some of them, anyway. Lily is gone, vanished into the desert. And Twentynine Palms is so much stranger than Rylie remembers. There are whispers around town of a mysterious killer on the loose, but it isn’t just Twentynine Palms that feels off—there’s something wrong with Rylie, too. She’s seeing things she can’t explain. Visions of monstrous creatures that stalk the night.

Somehow, it all seems to be tied to her grandfather and the family cabin he left behind. Rylie wants the truth, but she doesn’t know if she can trust herself. Are the monsters in her head really out there? Or could it be that the deadliest thing in the desert…is Rylie herself?

Story Locale: Contemporary; Army base and surrounding town in the Mojave Desert

Tara Goedjen never stays in one place for long. She has worked for a publishing house in Australia, as a tennis coach in Europe, and she wrote No Beauties or Monsters on the island of Guam and in the desert of New Mexico. She is also the author of The Breathless. To find out more about Tara and her books, find her on Instagram at @taragoedjen or say hello at taragoedjenauthor.com.