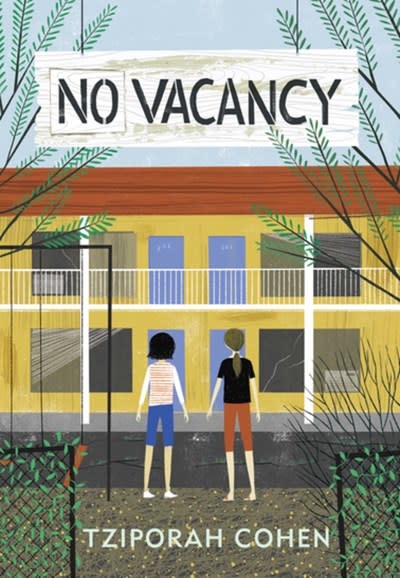 With the help of her Catholic friend, an eleven-year-old Jewish girl creates a provocative local tourist attraction to save her family’s failing motel.

Buying and moving into the run-down Jewel Motor Inn in upstate New York wasn’t eleven-year-old Miriam Brockman’s dream, but at least it’s an adventure. Miriam befriends Kate, whose grandmother owns the diner next door, and finds comfort in the company of Maria, the motel’s housekeeper, and her Uncle Mordy, who comes to help out for the summer. She spends her free time helping Kate’s grandmother make her famous grape pies and begins to face her fears by taking swimming lessons in the motel’s pool.

But when it becomes clear that only a miracle is going to save the Jewel from bankruptcy, Jewish Miriam and Catholic Kate decide to create their own. Otherwise, the No Vacancy sign will come down for good, and Miriam will lose the life she’s worked so hard to build.

Tziporah (Tzippy) Cohen was born and raised in New York and spent eighteen years in Boston before landing in Canada, where she now lives with her husband, three kids, two cats and one dog.

Tzippy studied French and theater arts at Cornell University, where she was one of a handful of chimesmasters who performed concerts in the campus bell tower. Many years after graduating from Harvard Medical School, she received an MFA in Writing for Children and Young Adults from Vermont College of Fine Arts. She now splits her time between writing and working as an oncology/palliative care psychiatrist. Follow her on Twitter @tzippymfa.