Home » NoBody Likes You, Greta Grump 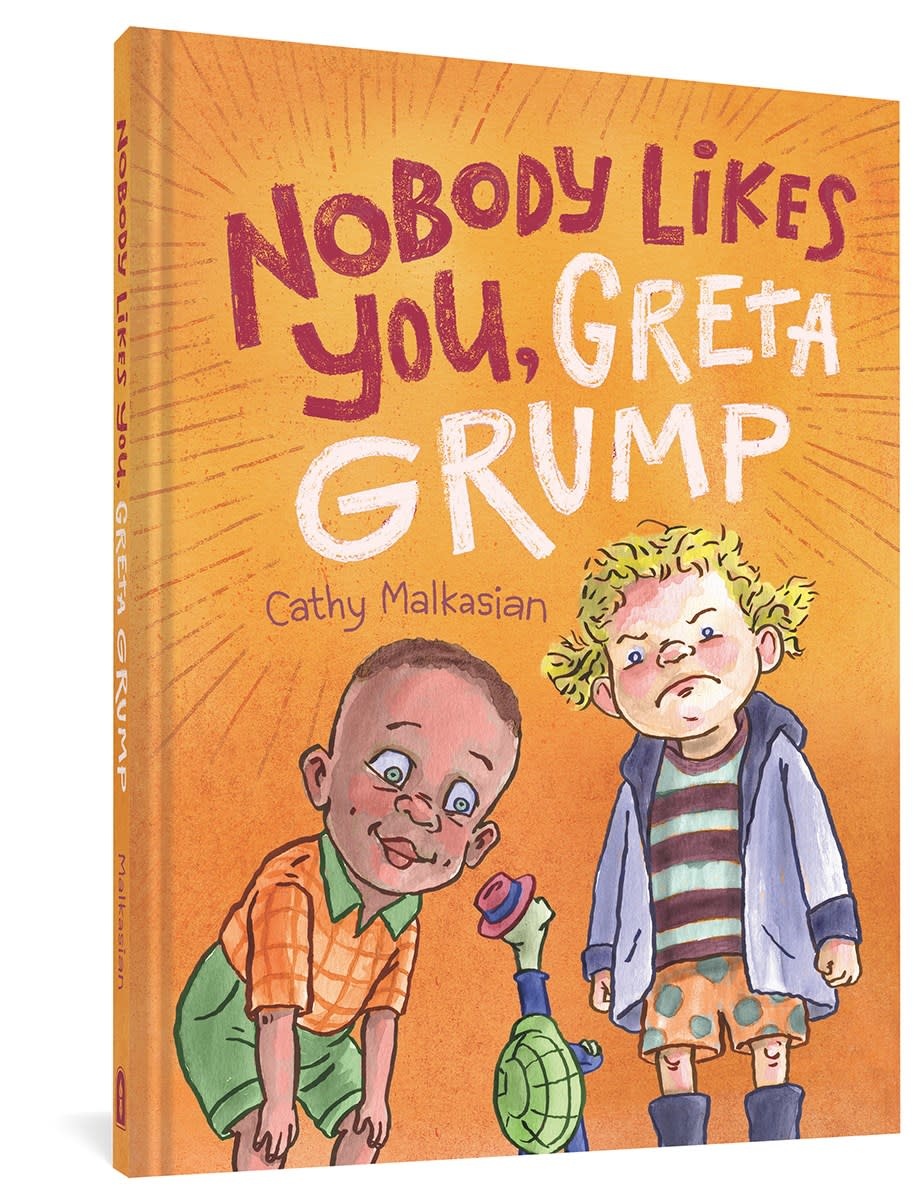 NoBody Likes You, Greta Grump

In this middle grade graphic novel from the acclaimed animator/cartoonist, Greta and her friend (and pet tortoise!) must solve the mystery of Friendlytown.

Greta is a handful. She rips the heads off her dolls, lashes out at the other kids at her school, and tries her weary parents’ patience. But with the help of a dapper tortoise named NoBody, Greta softens her grumpy ways. Having learned her lesson, Greta must now team up with her new friend Gabby and their shelled companion to solve a strange mystery: Why have the kindhearted denizens of Friendlytown suddenly become so mean? And what can they do to make Friendlytown friendly again? In NoBody Loves You, Greta Grump Eisner Award-nominated cartoonist Cathy Malkasian conjures a fully-realized fantasy world cast with an array of colorful characters including tech whiz cats, ornery gopher librarians, and gangs of squirrels in matching sweater vests. Equal parts high-flying adventure and deeply felt allegory, this middle grade graphic novel is all heart.

Cathy Malkasian is an animation director and cartoonist. Her credits include Rugrats, The Wild Thornberrys film (for which she received a British Academy Award nomination), and most recently, over 20 episodes of Curious George for PBS since 2008.