Home » Not a Happy Family 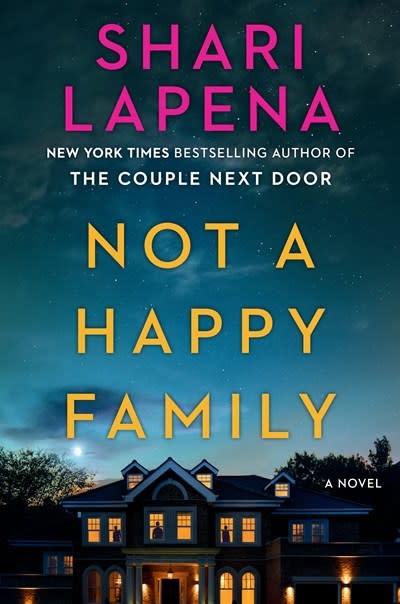 Not a Happy Family

In this family, everyone is keeping secrets—especially the dead. Brecken Hill in upstate New York is an expensive place to live. You have to be rich to have a house there. And they don’t come much richer than Fred and Sheila Mercer. But even all their money can’t protect them when a killer comes to call. The Mercers are brutally murdered the night after an Easter Dinner with their three adult kids. Who, of course, are devastated.

Or are they? They each stand to inherit millions. They were never a happy family, thanks to their capricious father and neglectful mother, but perhaps one of them is more disturbed than anyone knew. Did one of them snap after that dreadful evening? Or was it someone else that night who crept in with the worst of intentions? It must be. After all, if one of your siblings was a psychopath, you’d know.

Shari Lapena is the internationally bestselling author of the thrillers The Couple Next Door, A Stranger in the House, An Unwanted Guest, Someone We Know, and The End of Her, which have all been New York Times and The Sunday Times (London) bestsellers. Her books have been sold in thirty-seven territories around the world. She lives in Toronto and Not a Happy Family is her sixth thriller.