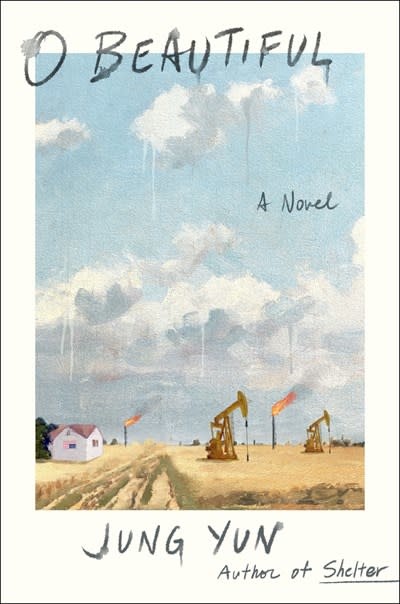 From the critically-acclaimed author of Shelter, an unflinching portrayal of a woman trying to come to terms with the ghosts of her past and the tortured realities of a deeply divided America

Written in Jung Yun's gorgeous and precise prose, O Beautiful follows Elinor Hanson, a Korean-American journalist and former model who, as the novel opens, is embarking on her first major magazine assignment to the Bakken oil fields of North Dakota, a small town two hours from where she and her sister grew up. Elinor's career as a freelance writer is just getting off the ground, after she booked modeling jobs for as long as she could. When her former graduate school mentor Richard hands off this potentially career-changing article with the prestigious Standard, she assumes it's because of her North Dakota history. But as the novel develops a deeper story unspools about Richard, and the town itself, as the novel elegantly explores issues of race and gender through Elinor's eyes. Woven throughout is the story of a missing woman, whose disappearance raises dark questions of a boomtown overrun with men and "outsiders." As she delves deeper into her assignment, Elinor also must confront her own troubled family history and her own place in a beautiful, but troubled land.

Jung Yun was born in Seoul, South Korea and grew up in Fargo, North Dakota. Her debut novel, Shelter was long-listed for the Center for Fiction’s First Novel Prize, a finalist for the Barnes & Noble Discover Great New Writers Award, and a semi-finalist for Good Reads’ Best Fiction Book of 2016. A 2018 MacDowell fellow, her work has appeared in The Atlantic, The Washington Post,Tin House, and others. She lives in Baltimore, and serves as an assistant professor at the George Washington University.