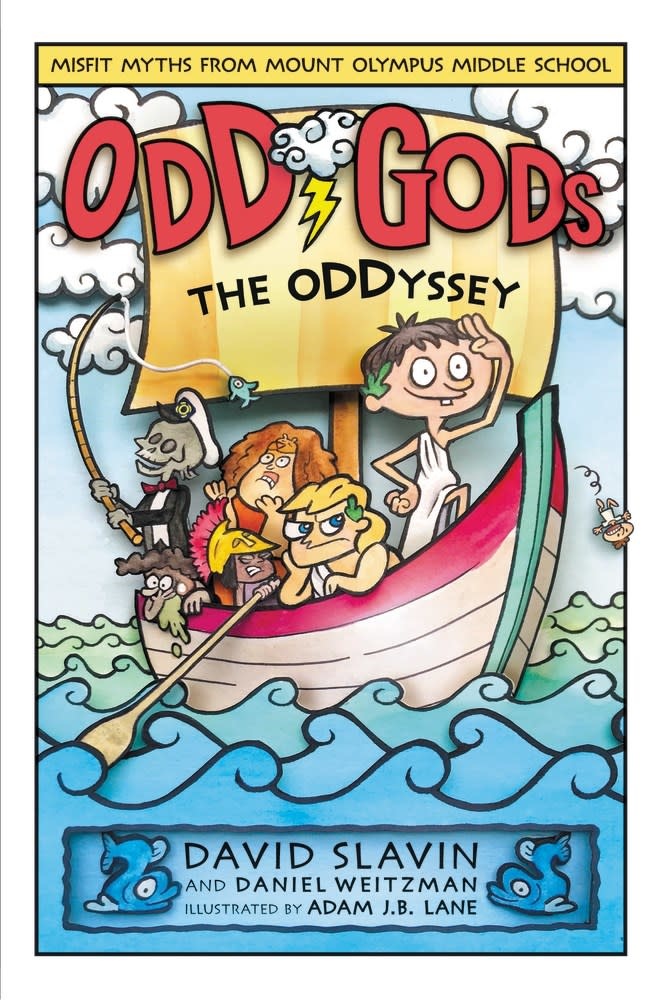 Diary of A Wimpy Kid meets Percy Jackson in The Oddyssey, the second book in the highly-illustrated, paper-over-board trilogy Odd Gods, featuring the most unusual middle school Gods Mount Olympus has ever known. In the second book, Oddonis and his pals embark on their own special kind of odd-yssey to save Zeus from the cutest curse ever.

Sometimes it feels like Oddonis can’t do anything right. Especially compared to his literally perfect twin brother, Adonis. But this time, Oddonis has really messed up. He accidentally turned his father, the all-powerful king of the Gods, Zeus, into a giant baby. And now it’s up to Oddonis to assemble a team of his odd friends—Mathena, Gaseous, and Puneous—and journey to the underworld to get the curse reversed. Along the way, Oddonis will have to overcome a series of dangerous obstacles, his obnoxious brother, his own self-doubt, and the horrible farts of his best friend, Gaseous. Can Gods as unlikely, unusual, and unheroic as Oddonis and his friends really save the day?

Find out in the second hilarious book about the Odd Gods from author David Slavin, illustrated by award-winning artist Adam J.B. Lane.