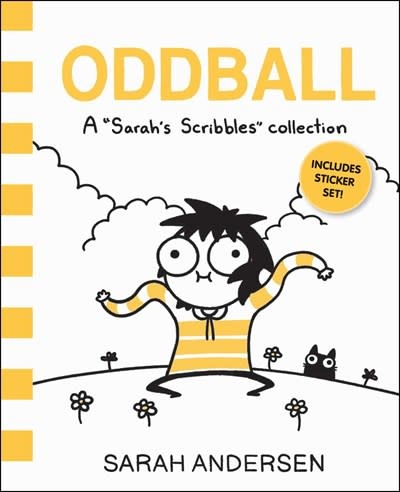 The fourth book in the enormously popular graphic novel series, the latest collection of Sarah's Scribbles comics explores the evils of procrastination, the trials of the creative process, the cuteness of kittens, and the beauty of not caring about your appearance as much as you did when you were younger. When it comes to humorous illustrations of the awkwardness and hilarity of millennial life, Sarah's Scribbles is without peer.

Sarah Andersen is a cartoonist and illustrator from New England. She is the author of the award-winning series Sarah’s Scribbles, which has earned her three consecutive Goodreads Choice Awards. Her semi-autobiographical comics chronicle the continual struggles of waking up in the morning, being productive, dealing with social awkwardness, technology, and her beloved pets. Together with author Andy Weir, she also illustrated the graphic novel Cheshire Crossing, a mashup of Wizard of Oz, Peter Pan, and Alice in Wonderland. Her gothic romance, Fangs, began running online in 2020 as a serial comic strip on Tapas and will be published later this year in hardcover form. She graduated from the Maryland Institute College of Art in 2014 and currently lives in Montreal.