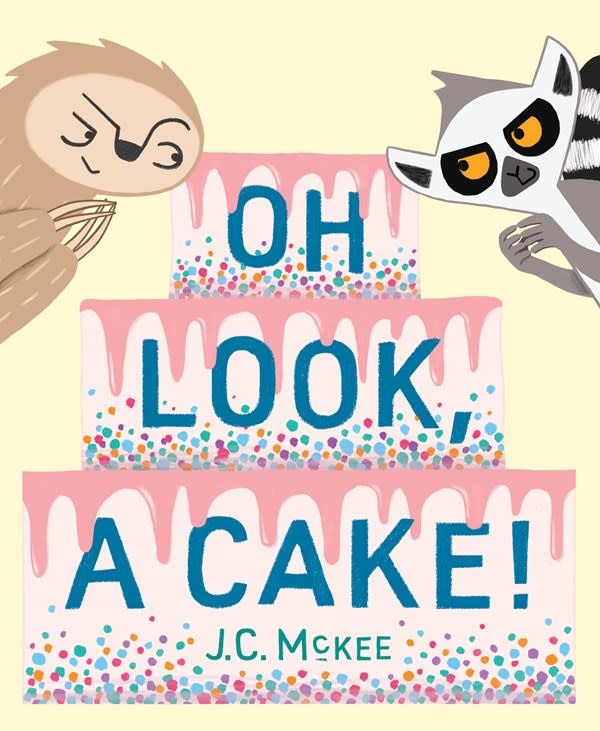 A subversively hilarious picture book about a sloth, a lemur, a giant cake, and what happens when you don’t share, for fans of Jon Klassen and Mo Willems.

When Sloth and Lemur come across a giant, mouth-watering cake, they can’t believe their luck. Sloth wonders if they should tell the others, but Lemur is pretty sure they shouldn't. As Sloth lists each friend one by one, Lemur is ready with excuse after excuse as to why it’s better to keep the cake to themselves. In the end, that’s just what they do . . . but then the true owner of the cake comes along. With impeccable comedic timing, ample visual humor, and a subversively hilarious ending, this highly entertaining story, complete with a memorable reminder about the importance of sharing, will have readers young and old giggling at every page turn.

J.C. McKee is the author-illustrator of Oh Look, a Cake, his debut picture book. He is an award-winning illustrator and designer whose work has appeared in advertising campaigns internationally. He has illustrated for Disney, Microsoft, and London Underground, and his artwork has been exhibited in London, Sydney, and Tokyo. He lives in London and works for the BBC.