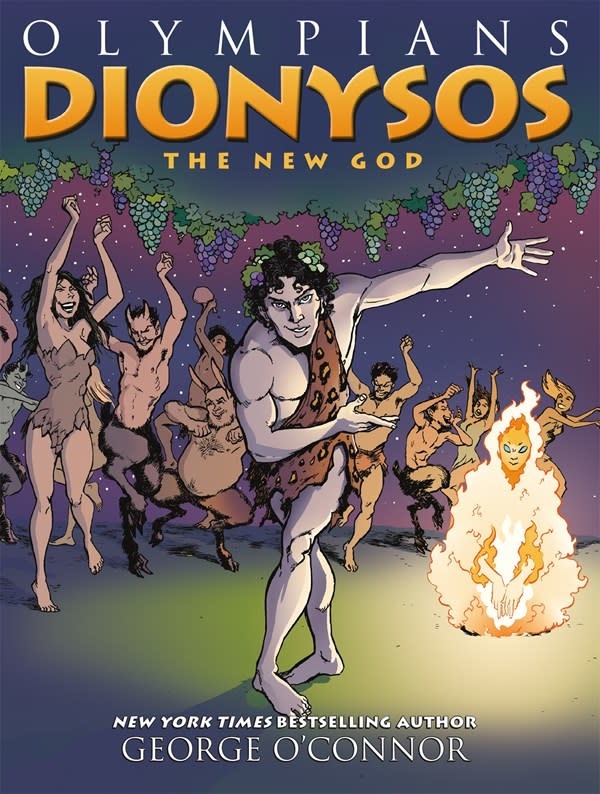 In the final volume of the New York Times–bestselling Olympians series, graphic novelist George O’Connor focuses on Dionysos, the god of wine and madness.

The Olympians saga draws to a close with the tale of Dionysos, the last Olympian, and maybe, just maybe, the first of a new type of God. His story is told by the first Olympian herself, Hestia, Goddess of the hearth and home. From her seat in the center of Mt Olympus, Hestia relates the rise of Dionysos, from his birth to a mortal mother, to his discovery of wine, his battles with madness and his conquering of death itself, culminating, finally, in his ascent to Olympus and Godhood.

George O'Connor is a New York Times–bestselling author and illustrator of the Olympians series as well as such graphic novels as Journey into Mohawk Country, Ball Peen Hammer (with writer Adam Rapp), and Unrig (with writer Daniel G. Newman). In addition to his graphic novel career, O'Connor has published several children's picture books. He lives in Brooklyn, New York.