Home » Once Upon a Quinceanera 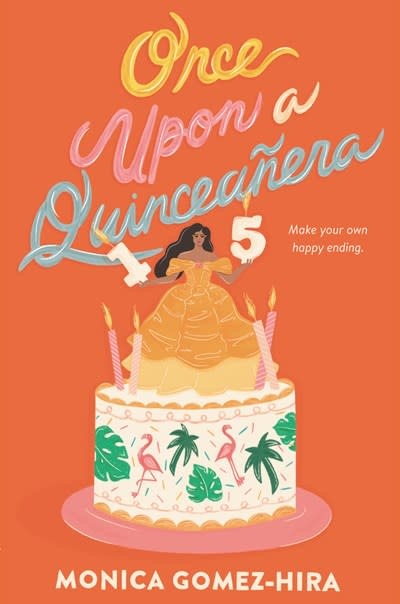 Once Upon a Quinceanera

Carmen Aguilar just wants to make her happily ever after come true. Except apparently, “happily ever after” for Carmen involves being stuck in an unpaid summer internship. All she has to do is perform as a party princess! In a ball gown. During the summer. In Miami.Fine. Except that’s only the first misfortune in what’s turning out to be a summer of Utter Disaster. But if Carmen can manage dancing in the blistering heat, fending off an oh-so-unfortunately-attractive ex, and stopping her spoiled cousin from ruining her own quinceañera, Carmen might just get that happily ever after, after all.Perfect for fans of Erica L. Sánchez and Abigail Hing Wen, this immediately accessible and irresistibly fun #ownvoices rom-com debut will spin readers into an unforgettable summer of late-night dancing, broken hearts, second chances, and telenovela twists.

Monica Gomez-Hira is the daughter of Colombian immigrant parents, the wife of an Indian immigrant, the mother of a half Latina/half Indian daughter, and the quintessential Jersey girl who loves her salsa as much as her Springsteen. After getting her BA in English at Wellesley College, Monica spent most of her professional life surrounded by books and the people who love them. She began her career working for literary agencies, moved to publicity and editorial at Simon & Schuster and Random House, and most recently was a Children's Lead at Barnes & Noble. She lives with her family in Minneapolis, MN. Once Upon a Quinceañera is her first novel.