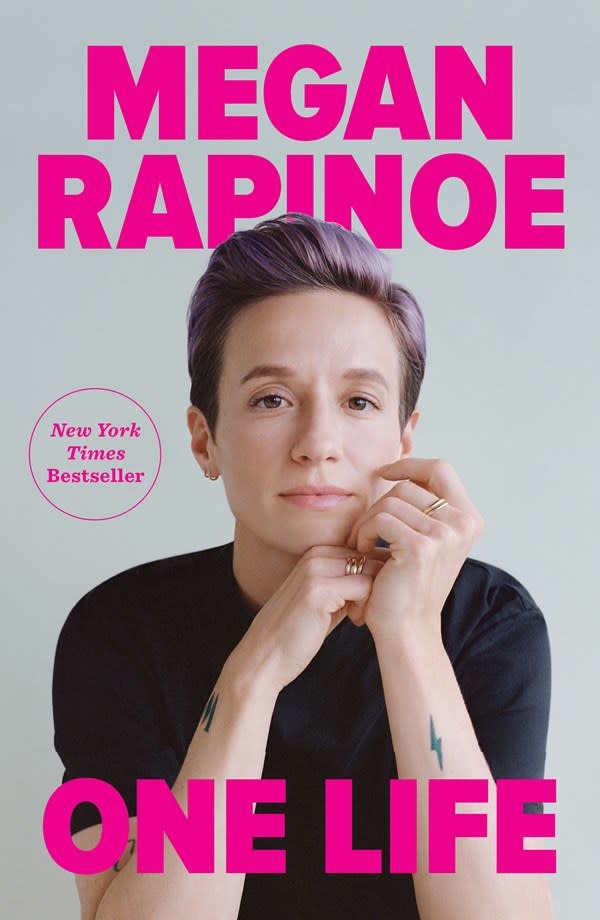 Megan Rapinoe, Olympic gold medalist and two-time Women’s World Cup champion, has become a galvanizing force for social change; here, she urges all of us to take up the mantle, with actions big and small, to continue the fight for justice and equality

Raised in a conservative small town in Northern California, the youngest of six, Megan Rapinoe was four years old when she kicked her first soccer ball. Her parents encouraged her love for the game, but taught her that winning was much less important than how she lived her life. From childhood on, Rapinoe always did what she could to stand up for what was right—even if it meant going up against people who disagreed.

In One Life, Rapinoe reflects on the choices she has made, her victories and her failures, and embarks on a thoughtful and candid discussion of her personal journey into social justice. Recognizing the power she had to bring attention to critical issues, in 2016 she took a knee during the national anthem in solidarity with former NFL player Colin Kaepernick to protest racial injustice and police brutality—the first high-profile white athlete to do so. The backlash was immediate, but it couldn’t compare to the overwhelming support. Rapinoe becaame a force of change, both on and off the field.

Deeply personal and inspiring, One Life reveals that real, concrete change lies within all of us, and asks: If we all have the same resource—this one precious life, made up of the decisions we make every day—what are you going to do?

Megan Rapinoe is an American professional soccer player. As a member of the US Women’s national soccer team, she helped win the 2015 and 2019 FIFA Women’s World Cup tournaments and a gold medal at the 2012 London Olympics. A co-captain of the team since 2018, she was named the Best FIFA Women’s Player in 2019, and was awarded the Golden Boot.