Home » Other People's Clothes: A novel 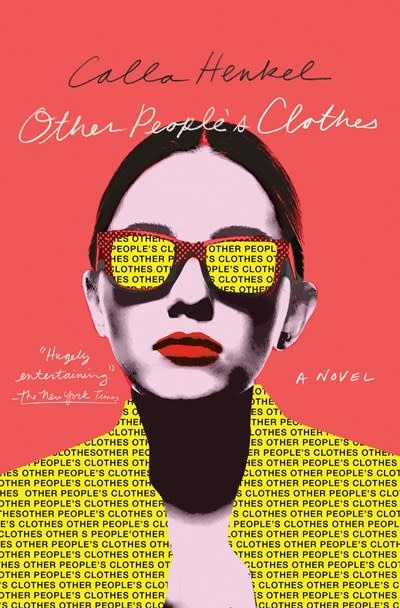 Other People's Clothes: A novel

Two American ex-pats obsessed with the Amanda Knox trial find themselves at the nexus of murder and celebrity in glittering late-aughts Berlin in this “hugely entertaining” (The New York Times) debut with a wicked sense of humor.

Hoping to escape the pain of the recent murder of her best friend, art student Zoe Beech finds herself studying abroad in the bohemian capital of Europe—Berlin. Rudderless, Zoe relies on the arrangements of fellow exchange student Hailey Mader, who idolizes Warhol and Britney Spears and wants nothing more than to be an art star.

When Hailey stumbles on a posting for a high-ceilinged, prewar sublet by well-known thriller writer Beatrice Becks, the girls snap it up. They soon spend their nights twisting through Berlin’s club scene and their days hungover. But are they being watched? Convinced that Beatrice intends to use their lives as inspiration for her next novel, Hailey vows to craft main-character-worthy personas. They begin hosting a decadent weekly nightclub in the apartment, finally gaining the notoriety they’ve been craving. Everyone wants an invitation to “Beatrice’s.” As the year unravels and events spiral out of control, they begin to wonder whose story they are living—and how it will end.

Other People’s Clothes brilliantly illuminates the sometimes dangerous intensity of female friendships, as well as offering an unforgettable window into millennial life and the lengths people will go to in order to eradicate emotional pain.

CALLA HENKEL is a writer, playwright, director, and artist who lives and works in Berlin. Her work with Max Pitegoff has been exhibited in museums and galleries worldwide, including the Whitney Museum of Art, and she currently operates a bar, performance space and film studio called TV in Berlin. Other People’s Clothes is her debut novel.