Home » Other People's Pets: A Novel 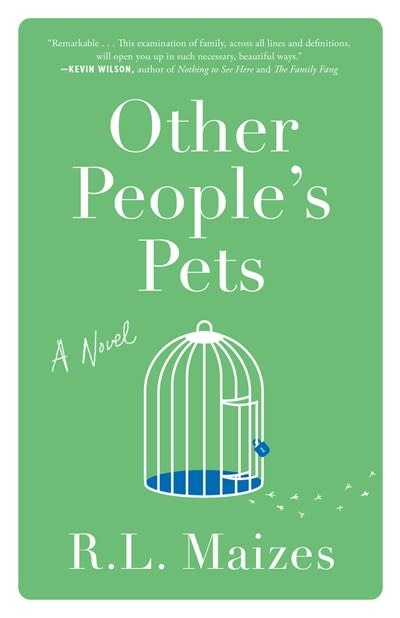 Other People's Pets: A Novel

La La Fine relates to animals better than she does to other people. Abandoned by a mother who never wanted a family, raised by a locksmith-turned-thief father, La La looks to pets when it feels like the rest of the world conspires against her.

La La’s world stops being whole when her mother, who never wanted a child, abandons her twice. First, when La La falls through thin ice on a skating trip, and again when the accusations of “unfit mother” feel too close to true. Left alone with her father—a locksmith by trade, and a thief in reality—La La is denied a regular life. She becomes her father’s accomplice, calming the watchdog while he strips families of their most precious belongings.

When her father’s luck runs out and he is arrested for burglary, everything La La has painstakingly built unravels. In her fourth year of veterinary school, she is forced to drop out, leaving school to pay for her father’s legal fees the only way she knows how—robbing homes once again.

As an animal empath, she rationalizes her theft by focusing on houses with pets whose maladies only she can sense and caring for them before leaving with the family’s valuables. The news reports a puzzled police force—searching for a thief who left behind medicine for the dog, water for the parrot, or food for the hamster.

Desperate to compensate for new and old losses, La La continues to rob homes, but it’s a strategy that ultimately will fail her.

Other People’s Pets examines the gap between the families we’re born into and those we create, and the danger that holding on to a troubled past may rob us of the future.

R.L. Maizes was born and raised in Queens, New York, and now lives in Boulder County, Colorado. Maizes's short stories have aired on National Public Radio and have appeared in the literary magazines Electric Literature, Witness, Bellevue Literary Review, Slice, and Blackbird, among others. Her essays have been published in The New York Times, The Washington Post, Lilith, and elsewhere.

Maizes is an alumna of the Bread Loaf Writers’ Conference, the Sewanee Writers’ Conference, and the Tin House Summer Writer’s Workshop. Her work has received Honorable Mention in Glimmer Train’s Fiction Open contest, has been a finalist in numerous other national contests, and has been nominated for a Pushcart Prize. We Love Anderson Cooper: Short Stories is her first book.