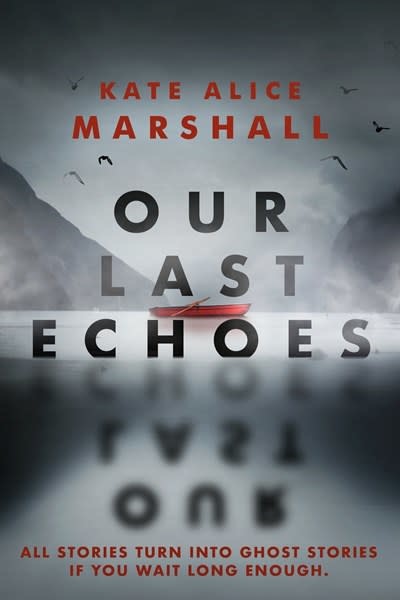 Kara Thomas meets Twin Peaks in this supernatural thriller about one girl’s hunt for the truth about her mother’s disappearance in Kate Alice Marshall’s most commercial book yet.

In 1973, the thirty-one residents of Bitter Rock disappeared. In 2003, so did my mother. Now, I’ve come to Bitter Rock to find out what happened to her—and to me. Because Bitter Rock has many ghosts. And I might be one of them.

Sophia’s earliest memory is of drowning. She remembers the darkness of the water and the briny taste as it filled her throat, the sensation of going under. She remembers hands pulling her back to safety. But she doesn’t remember who saved her that day. The day her mother died—or so she has always believed.

A mysterious call suggesting that her mother might still be alive has lured Sophia to the island of Bitter Rock, hunting for answers as elusive as her own past. But the more Sophia uncovers, the clearer it is that her mother’s disappearance is just one of many.

People have been vanishing from Bitter Rock for decades, leaving only their ghostly echoes behind. Sophia is the only one who can break the cycle—or risk becoming nothing more than another echo haunting the island.

Kate Alice Marshall started writing before she could hold a pen properly, and never stopped. She lives in the Pacific Northwest with a chaotic menagerie of pets and family members, and ventures out in the summer to kayak and camp along Puget Sound. She is the author of the young adult novels I Am Still Alive and Rules for Vanishing, as well as the middle grade novel Thirteens. Visit her online at katemarshallbooks.com.