Home » Our Stories Carried Us Here: A graphic novel anthology 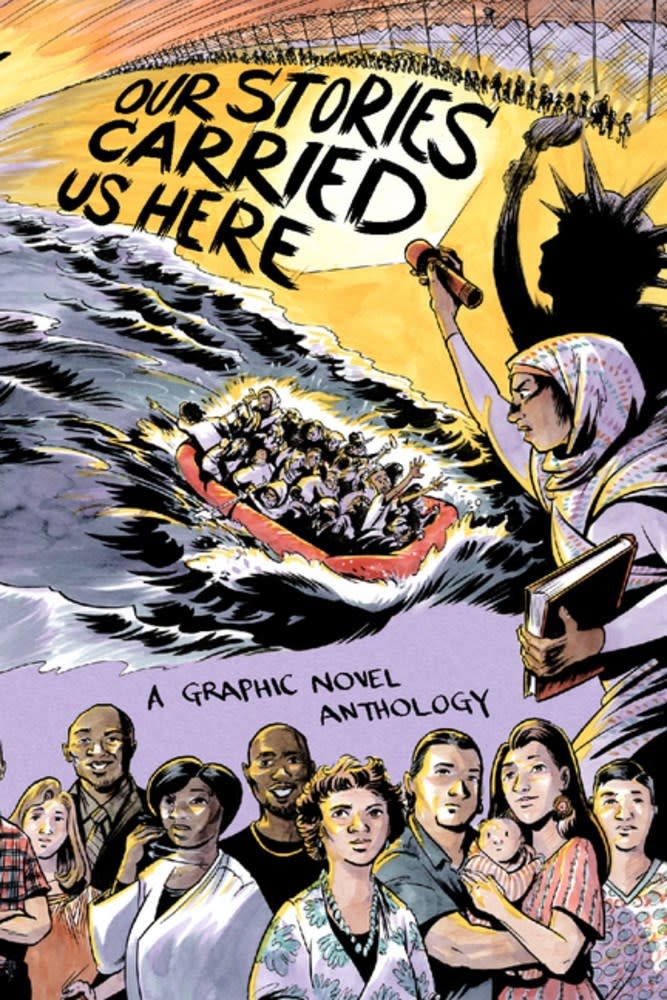 Our Stories Carried Us Here: A graphic novel anthology

A bold and unconventional collection of first-person stories told and illustrated by immigrants and refugees living across the United States. Stanford scientist, deaf student, indigenous activist, Black entrepreneur—all immigrants and refugees—recount journeys from their home countries in ten vibrantly illustrated stories. Faced by unfamiliar vistas, they are welcomed with possibilities, and confronted by challenges and prejudice. Timely, sobering, and insightful, Our Stories Carried Us Here acts as a mirror and a light to connect us all with immigrant and refugee experiences.