Home » Out on a Limb: Selected Writing 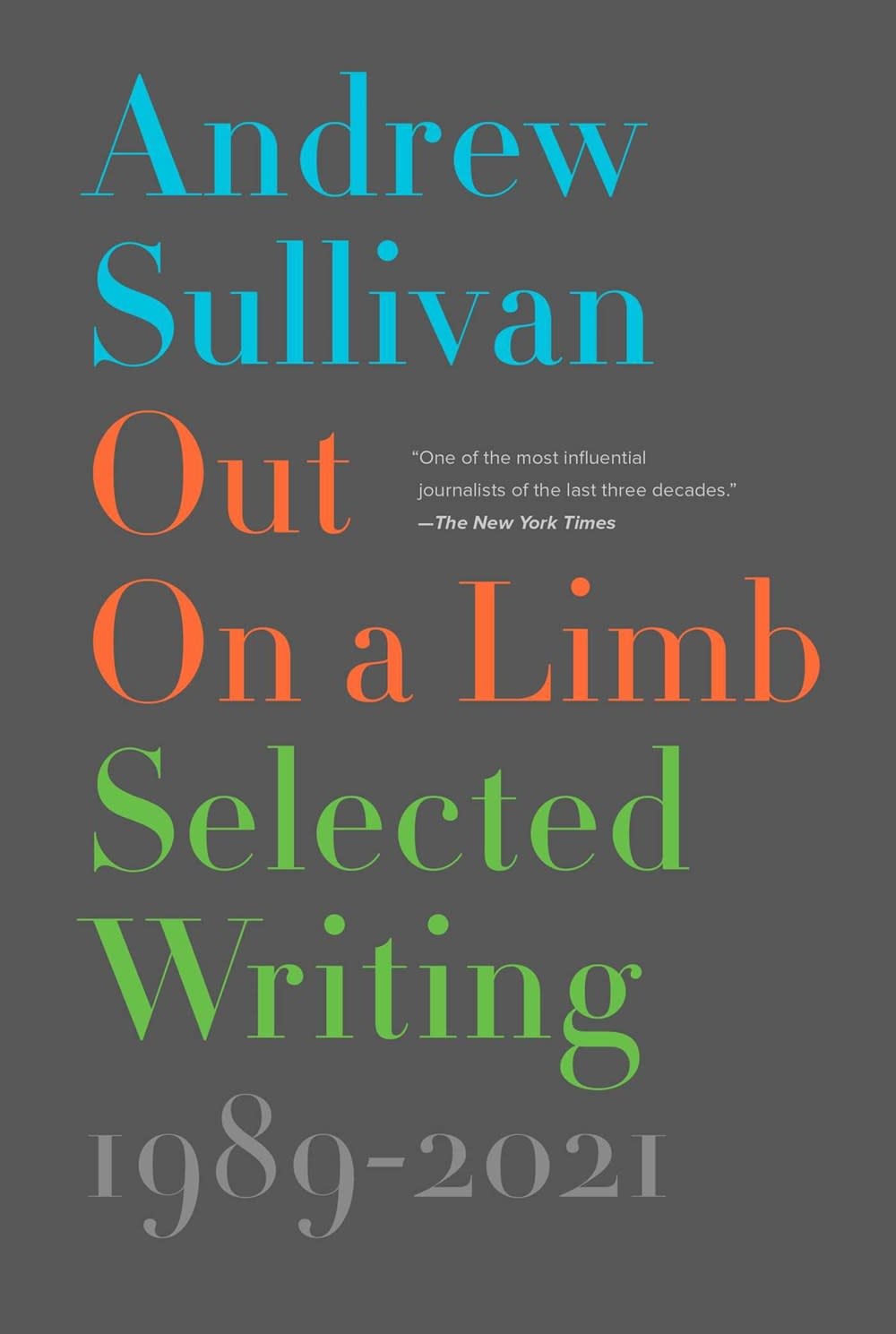 Out on a Limb: Selected Writing

Andrew Sullivan—youngest ever editor of The New Republic, founding editor of The Daily Dish, hailed as “one of the most influential journalists of the last three decades” by The New York Times—presents a collection of his most iconic and powerful essays of social and political commentary from The New Republic, The Atlantic, The New York Times Magazine, New York magazine, and more.

Over the course of his career, Andrew Sullivan has never shied away from staking out bold positions on social and political issues. A fiercely independent conservative, in 1989 he wrote the first national cover story in favor of marriage equality, and then an essay, “The Politics of Homosexuality” in The New Republic in 1993, an article called the most influential of the decade in the gay rights movement. A pioneer of online journalism, he started blogging in 2000, and helped define the new medium with his blog, The Daily Dish. In 2007, he was one of the first political writers to champion the presidential campaign of Barack Obama, and his cover story for The Atlantic, “Why Obama Matters,” was seen as a milestone in that campaign’s messaging. In the past five years, he has proved a fierce foe both of Donald Trump and of wokeness on the left. Loved and loathed by both left and right, Sullivan is in a tribe of one.

Now, Out on a Limb showcases the groundbreaking pieces that put this fearless intellectual on the map as well as the quintessential writings that cemented his legacy, including his pioneering defense of same-sex marriage, his prescient critiques of American conservatism and the drug war, his campaign to expose and abolish Bush-era torture policies that Senate investigator Daniel Jones credited with leading America away from the practice, his examination of Catholicism and its future, and his 2007 cover story on Barack Obama that Obama speechwriter Ben Rhodes says “articulated the rationale for Obama before it was widely apparent.” He has also been warning for decades of the Republican Party’s authoritarian turn, and in 2016 described the rise of Donald Trump as an “extinction level event” for American democracy.

Bold, timely, and thought-provoking, this collection of Sullivan’s greatest arguments on culture, politics, religion, and philosophy demonstrates why he continues to be one of the most intriguing and influential figures in US media.

Andrew Sullivan is one of today’s most provocative social and political commentators. A former editor of The New Republic, he was the founding editor of The Daily Dish, and has been a regular writer for The New York Times Magazine, The Atlantic, Time, Newsweek, New York magazine, The Sunday Times (London), and now The Weekly Dish. He lives in Washington, DC, and Provincetown, Massachusetts.