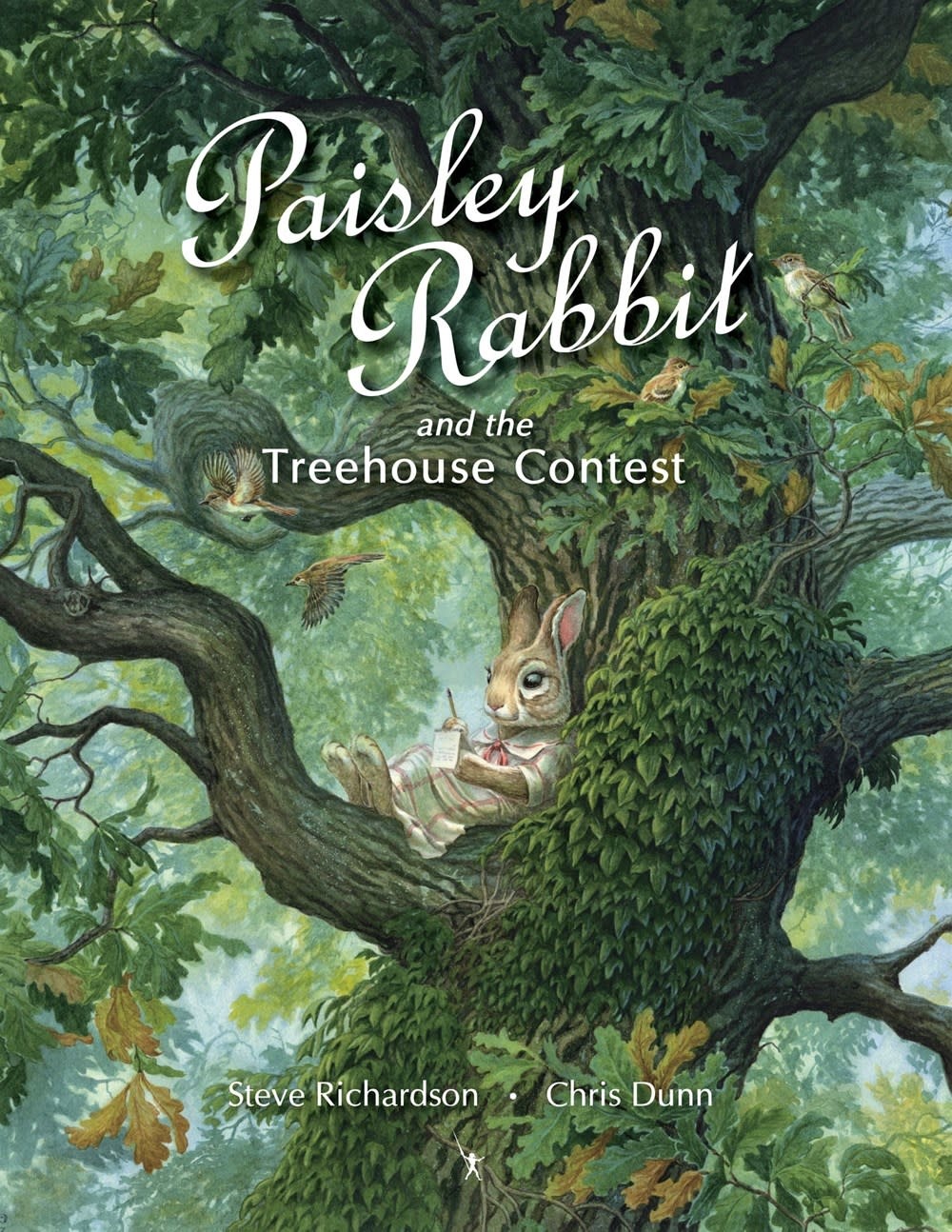 Paisley Rabbit and the Treehouse Contest

Steve Richardson is a five-time award winning author from Albuquerque, New Mexico. He is also the author of Lavender Blue and the Faeries of Galtee Wood, illustrated by Larry MacDougall; Billy's Mountain, illustrated by Herb Leonhard; Alexander Trout's Amazing Adventure, illustrated by Marie Beschorner; Canlandia, and illustrated by Fiona Sansom. He also retold "The Night Before Christmas" using animal characters which is also illustrated by Chris Dunn.

Chris Dunn is an illustrator living in Wiltshire, UK. When he is not painting watercolor illustrations for books and magazines, he enjoys spending time in the countryside with his young family and subjecting them to his questionable guitar playing. You can see more of his work at chris-dunn.co.uk