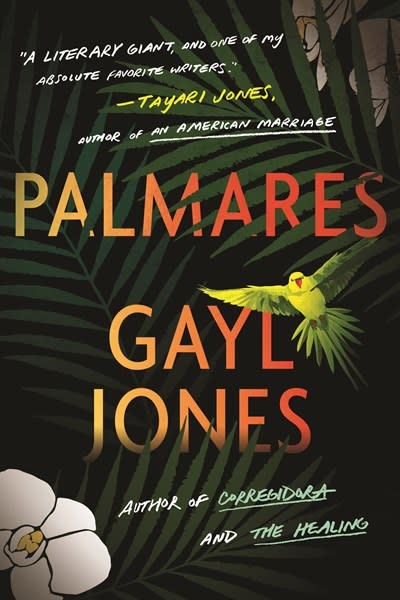 The epic rendering of a Black woman’s journey through slavery and liberation, set in 17th-century colonial Brazil; the return of a major voice in American literature.

First discovered and edited by Toni Morrison, Gayl Jones has been described as one of the great literary writers of the 20th century. Now, for the first time in over 20 years, Jones is ready to publish again. Palmares is the first of five new works by Gayl Jones to be published in the next two years, rewarding longtime fans and bringing her talent to a new generation of readers.

Intricate and compelling, Palmares recounts the journey of Almeyda, a Black slave girl who comes of age on Portuguese plantations and escapes to a fugitive slave settlement called Palmares. Following its destruction, Almeyda embarks on a journey across colonial Brazil to find her husband, lost in battle.

Her story brings to life a world impacted by greed, conquest, and colonial desire. She encounters a mad lexicographer, desperate to avoid military service; a village that praises a god living in a nearby cave; and a medicine woman who offers great magic, at a greater price.

Combining the author’s mastery of language and voice with her unique brand of mythology and magical realism, Jones reimagines the historical novel. The result is a sweeping saga spanning a quarter century, with vibrant settings and unforgettable characters, steeped in the rich oral tradition of its world. Of Gayl Jones, the New Yorker noted, “[Her] great achievement is to reckon with both history and interiority, and to collapse the boundary between them.” Like nothing else before it, Palmares embodies this gift.

Gayl Jones was born in Kentucky in 1949. She attended Connecticut College and Brown University, and has taught at Wellesley and the University of Michigan. Her landmark books include Corregidora, Eva’s Man, and The Healing, the last a National Book Award finalist and New York Times Notable Book of the Year.