Home » Paper Bullets: Two Artists Who Risked Their Lives to Defy the Nazis 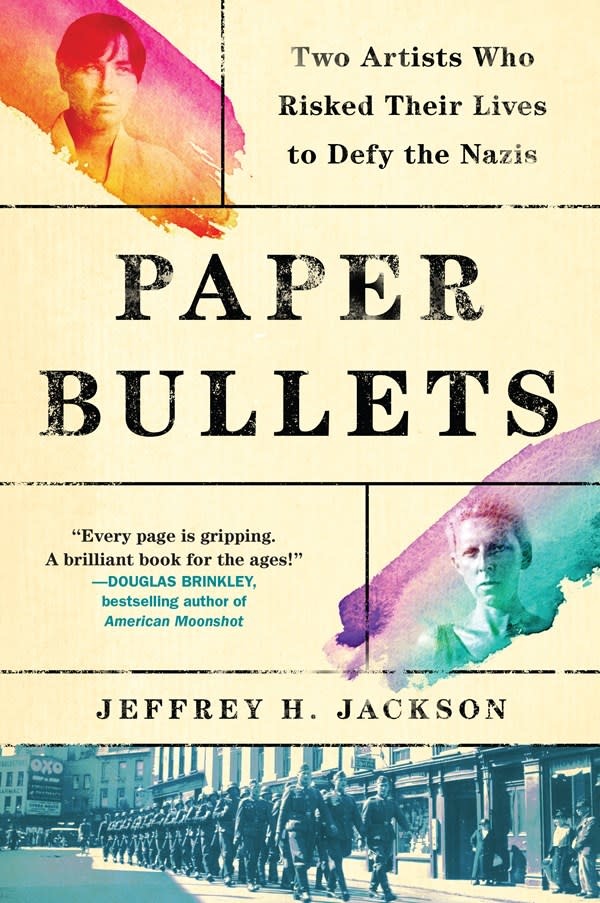 Paper Bullets: Two Artists Who Risked Their Lives to Defy the Nazis

“A Nazi resistance story like none you’ve ever heard or read.” —Hampton Sides, author of Ghost Soldiers and On Desperate Ground

"Every page is gripping, and the amount of new research is nothing short of mind-boggling. A brilliant book for the ages!” —Douglas Brinkley, author of American Moonshot

Paper Bullets is the first book to tell the history of an audacious anti-Nazi campaign undertaken by an unlikely pair: two French women, Lucy Schwob and Suzanne Malherbe, who drew on their skills as Parisian avant-garde artists to write and distribute “paper bullets”—wicked insults against Hitler, calls to rebel, and subversive fictional dialogues designed to demoralize Nazi troops occupying their adopted home on the British Channel Island of Jersey. Devising their own PSYOPS campaign, they slipped their notes into soldier’s pockets or tucked them inside newsstand magazines.

Hunted by the secret field police, Lucy and Suzanne were finally betrayed in 1944, when the Germans imprisoned them, and tried them in a court martial, sentencing them to death for their actions. Ultimately they survived, but even in jail, they continued to fight the Nazis by reaching out to other prisoners and spreading a message of hope.

Better remembered today by their artist names, Claude Cahun and Marcel Moore, the couple’s actions were even more courageous because of who they were: lesbian partners known for cross-dressing and creating the kind of gender-bending work that the Nazis would come to call “degenerate art.” In addition, Lucy was half Jewish, and they had communist affiliations in Paris, where they attended political rallies with Surrealists and socialized with artists like Gertrude Stein.

Paper Bullets is a compelling World War II story that has not been told before, about the galvanizing power of art, and of resistance.

Jeffrey H. Jackson is Professor of History at Rhodes College in Memphis, Tennessee. An expert on European history and culture, he is the author of Paris Under Water: How the City of Light Survived the Great Flood of 1910 and Making Jazz French: Music and Modern Life in Interwar Paris. He has appeared in documentary films and helped develop "Harlem in Montmartre: A Paris Jazz Story" for PBS's Great Performances .