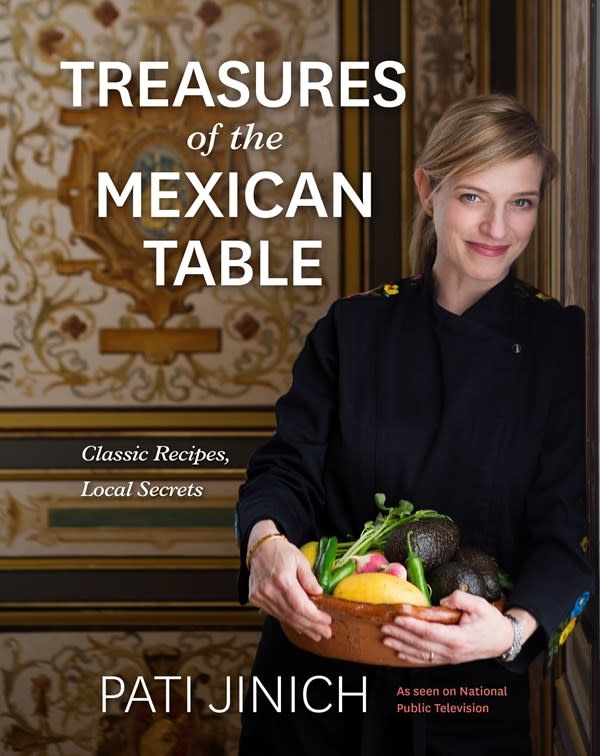 Although many of us can rattle off our favorite authentic Mexican dishes, we might be hard pressed to name more than ten. Which is preposterous, given that Mexico has a rich culinary history stretching back thousands of years. For the last decade, Pati Jinich has sought out the culinary treasures of her home country, from birria, to salsa macha, to coyotas, to carne asada.

Many of these dishes are local specialties, heirlooms passed down through generations, unknown outside of their original regions. Others have become national sensations. Each recipe is a classic. Each one comes with a story told in Pati's warm, relatable style. And each has been tested in Pati's American kitchen to ensure it is the best of its kind. Together, these essential recipes paint a vivid picture of the richness of Mexico.

PATI JINICH (pronounced HEEN-ich) is the host of the three-time James Beard Award-winning PBS series Pati's Mexican Table, now in its tenth season. Named one of the "100 Greatest Cooks of All-Time" by Epicurious and Bon Appétit, she has won a Gracie Award for her television work and is a four-time Emmy nominee and two-time IACP Award winner. She is the resident chef of the Mexican Cultural Institute and has appeared on NPR's Splendid Table and All Things Considered, NBC's Today, CBS's The Talk, ABC's Good Morning America, and Food Network. Born and raised in Mexico City, she lives in Chevy Chase, Maryland, with her husband and three boys.