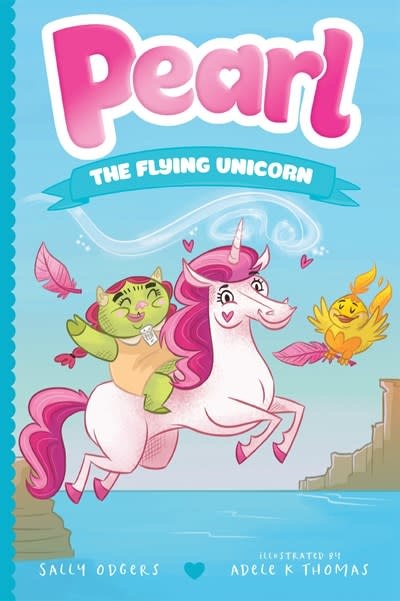 In the second of this three-book chapter book series, the magical unicorn Pearl and her friends take on some of life's tough lessons with humor and heart.

Pearl and her friends Olive (an ogre) and Tweet (a bird) are on the hunt for glitter feathers! But the feathers have blown all the way over to Gull Island. They use Olive's ogre-boat to reach the island, but rowing quickly behind them are three mean and stinky pirate gobble-uns!

Can Pearl use her magic to save her friends in time?

Book two of the series focuses on Pearl's determination to help her friends.

Sally Odgers was born in Tasmania (Australia) in 1957, and has lived there ever since. Sally began writing as a child, and her first book was published in 1977. More than 250 more have followed including Good Night, Truck. She is married to Darrel Odgers, and they have two adult children: James (married to Hayley) and Tegan. Darrel and Sally live in a house full of books, music, and Jack Russell Terriers.