Home » Pippi in the South Seas 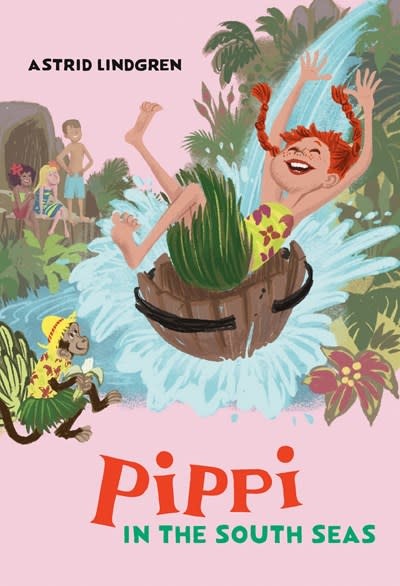 Pippi in the South Seas

When Pippi’s father, the king of a small island, sends for her, she decides to take her best friends Tommy and Annika with her to Kurrekurredutt Island. The island is fantastic and Pippi has one crazy adventure after another! Pippi is even made a princess—-Princess Pippilotta. But will Pippi and her friends really want to live on the island forever, never to return to Villa Villekulla?

“Any reappearance of the irrepressible Pippi Longstocking is cause for celebration. This installment is no exception.” -The New York Times

Astrid Lindgren (1907-2002) was born in Sweden. After college, she worked in a newspaper office and a Swedish publishing house. Her most famous and beloved book, Pippi Longstocking, was originally published in Swedish in 1950, and was later translated into many other languages. It was followed by two sequels, Pippi Goes on Board and Pippi in the South Seas. Ms. Lindgren had a long, prolific career, writing more than 100 picture books, poems, short stories, plays, screenplays, and novels. In 1958, she won the Hans Christian Andersen Medal, the highest international award in children’s literature.