Home » Playing the Palace: A novel 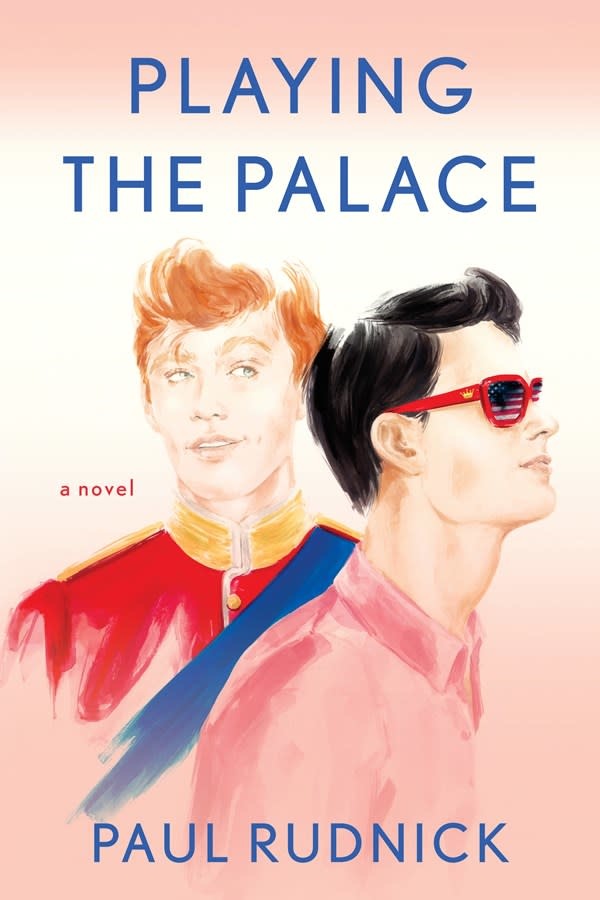 Playing the Palace: A novel

Bridget Jones’s Diary meets The Prince and Me with a gay twist in this royally hilarious and heartwarming romantic comedy by award-winning playwright, novelist, screenwriter, and essayist Paul Rudnick.

Being a New Yorker means accepting that your bike will get stolen every few months and getting hit with one of the top five worst smells ever while walking by Penn Station, but it also means you believe in fairy tales and dreams that led you to the greatest city in the first place. As lofty as Carter Ogden’s dreams are, he never expected to open his eyes one day and suddenly have the Crown Prince of England stare straight back at him.

As an event planner, Carter doesn’t usually get many perks, but when he helps set up an event that Prince Edgar is speaking at, he finds himself meeting the dreamy royal and even helping him loosen up for his speech. What begins as a chance meeting becomes a series of dates as Carter shows Prince Edgar how to truly live the New York life. When a photo of them together goes viral, Carter is flown to England to meet the Queen, who disapproves of the match: Carter is an American nobody who isn’t suitable for the Crown Prince and the duties that come with it. But still, she gives them three weeks to prove to the Royal Family—and the entire world—that they’re right for each other…the couple just didn’t think they had to persuade themselves.

Paul Rudnick is a novelist, playwright, essayist, and screenwriter, whom The New York Times has called “one of our preeminent humorists.” His plays have been produced both on and off Broadway and around the world, and include I Hate Hamlet, Jeffrey, The Most Fabulous Story Ever Told, Valhalla, Regrets Only, and The New Century. His novels include Social Disease and I’ll Take It, both from Knopf. He’s a regular contributor to The New Yorker,and his articles and essays have also appeared in The New York Times, Esquire, Vogue, and Vanity Fair.