Home » Poisoned Water: How the Citizens of Flint, Michigan, Fought for Their Lives & Warned the Nation 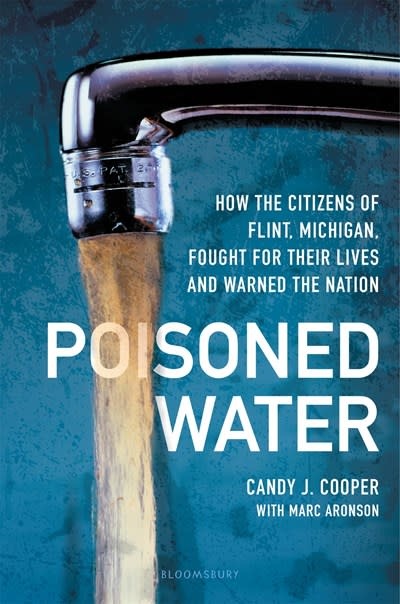 Poisoned Water: How the Citizens of Flint, Michigan, Fought for Their Lives & Warned the Nation

In 2014, the residents of Flint, Michigan noticed that their water was a copper hue and smelled and tasted like sulfur. Some began using bottled water, but many of those who didn’t started to experience rashes, hair loss, and a frightening, debilitating illness. Still, city officials claimed water tests were normal. It wasn’t until nearly a year later when Flint resident Lee Ann Walters sent a water sample to the Environmental Protection Agency that the truth came out: the citizens of Flint were being poisoned by their own water supply.

Based on the authors’ original reporting, featuring photographs as well as government documents, Poisoned Water is a riveting look at an alarming story of a government who turned away from its citizens—and the power of those same citizens who rose up to demand action.

Candy J. Cooper is a Pulitzer Prize finalist and winner of the Selden Ring Award for Investigative Reporting. Her work has appeared in The New York Times Magazine, The New York Times, The Columbia Journalism Review and The Chronicle of Higher Education, among others. She has written five nonfiction series books for the classroom published by Scholastic. She lives in Maplewood, New Jersey.

Marc Aronson is the author or editor of a number of nonfiction books for young adult audiences, including most recently Rising Water. He was awarded the very first Robert Sibert medal for excellence in nonfiction and edited the tenth book to win the award. He lives in Maplewood, New Jersey.