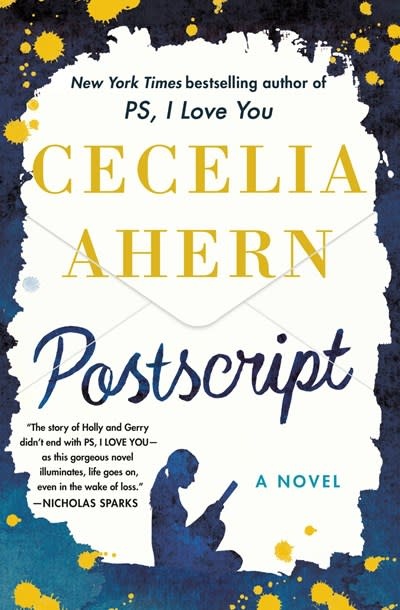 Sixteen years after Cecelia Ahern's bestselling phenomenon PS, I Love You captured the hearts of millions, the long-awaited sequel follows Holly as she helps strangers leave their own messages behind for loved ones.

Seven years after her husband's death -- six since she read his final letter -- Holly Kennedy has moved on with her life. When Holly's sister asks her to tell the story of the "PS, I Love You" letters on her podcast -- to revisit the messages Gerry wrote before his death to read after his passing -- she does so reluctantly, not wanting to reopen old wounds.

But after the episode airs, people start reaching out to Holly, and they all have one thing in common: they're terminally ill and want to leave their own missives behind for loved ones. Suddenly, Holly finds herself drawn back into a world she's worked tirelessly to leave behind -- but one that leads her on another incredible, life-affirming journey.

With her trademark blend of romance, humor, and bittersweet life lessons, Postscript is the perfect follow-up to Ahern's beloved first novel.

Cecelia Ahern is the author of the international bestsellers PS, I Love You; Love, Rosie; If You Could See Me Now; There's No Place Like Here; and The Gift. Her novels have been translated into thirty-five languages and have sold more than twenty-five million copies in over fifty countries. Two of her books have been adapted as major films and she has created several TV series in the US and Germany. She lives in Dublin with her family.