Home » Powers and Thrones: A New History of the Middle Ages 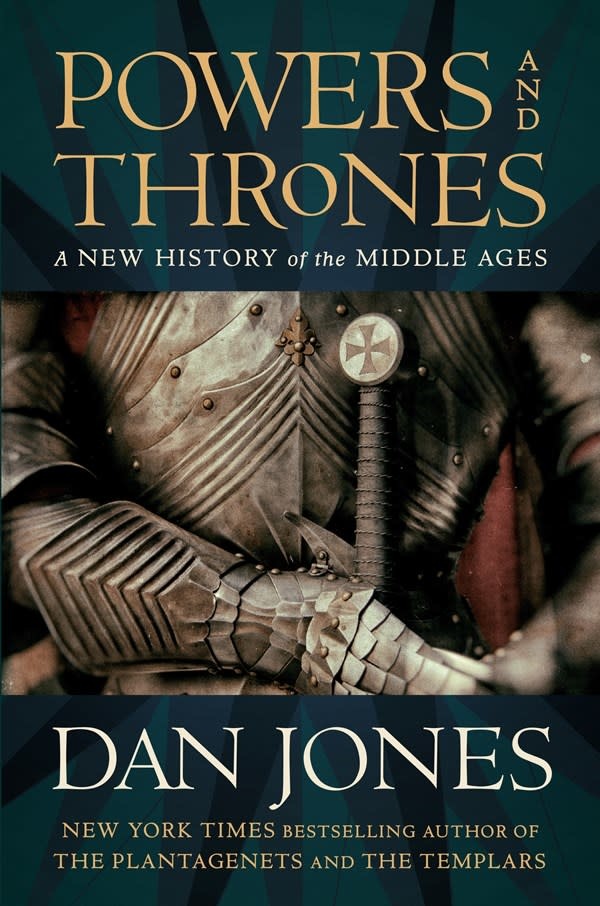 Powers and Thrones: A New History of the Middle Ages

The New York Times bestselling author returns with an epic history of the medieval world—a rich and complicated reappraisal of an era whose legacy and lessons we are still living with today.

When the once-mighty city of Rome was sacked by barbarians in 410 and lay in ruins, it signaled the end of an era—and the beginning of a thousand years of profound transformation. In a gripping narrative bursting with big names—from St Augustine and Attila the Hun to the Prophet Muhammad and Eleanor of Aquitaine—Dan Jones charges through the history of the Middle Ages. Powers and Thrones takes readers on a journey through an emerging Europe, the great capitals of late Antiquity, as well as the influential cities of the Islamic West, and culminates in the first European voyages to the Americas.

The medieval world was forged by the big forces that still occupy us today: climate change, pandemic disease, mass migration, and technological revolutions. This was the time when the great European nationalities were formed; when the basic Western systems of law and governance were codified; when the Christian Churches matured as both powerful institutions and the regulators of Western public morality; and when art, architecture, philosophical inquiry and scientific invention went through periods of massive, revolutionary change. At each stage in this story, successive western powers thrived by attracting—or stealing—the most valuable resources, ideas, and people from the rest of the world.

The West was rebuilt on the ruins of an empire and emerged from a state of crisis and collapse to dominate the region and the world. Every sphere of human life and activity was transformed in the thousand years of Powers and Thrones. As we face a critical turning point in our own millennium, the legacy and lessons of how we got here matter more than ever.

Dan Jones is the New York Times bestselling author of Crusaders, The Templars, The Plantagenets, Wars of the Roses, and Magna Carta. He wrote and presented the popular Netflix series Secrets of Great British Castles, and has an exclusive deal with Sony Pictures Television to produce and develop historical TV series, including adaptations of his books.