Home » Pretzel and the Puppies 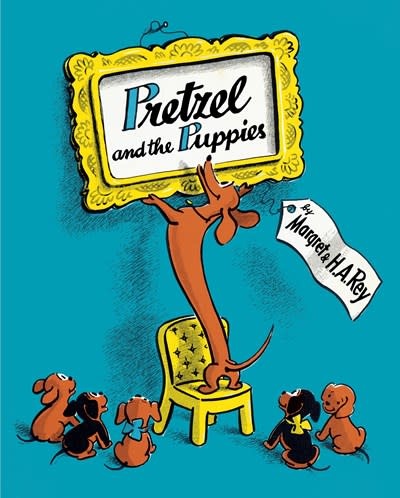 Pretzel and the Puppies

From the creators of Curious George, this re-discovered 1946 picture book about a family of dachshunds features newly remastered art. The sequel to Pretzel.

In Margret and H. A. Rey’s Pretzel, we met the world’s longest dachshund and his wife, Greta. This book picks up where Pretzel left off, after the birth of their five adorable puppies. In collected comic strips, the Reys explore the drama and comedy of life as a family of seven, and what it means to have a daddy who’s sometimes as silly as he is long!