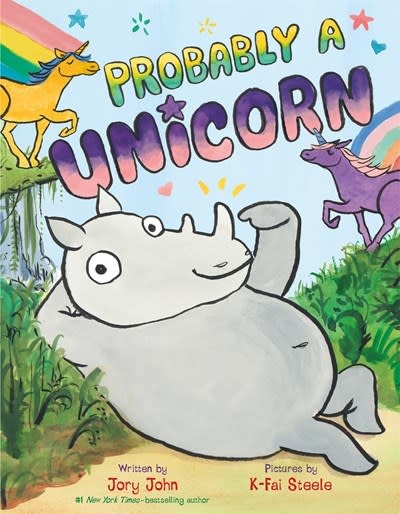 Everyone calls him a rhinoceros, but just between us . . . he’s probably a unicorn. What, you don’t believe it? Well, he has a horn, and so do unicorns! He’s beautiful, and unicorns are beautiful! And there are at least fifty or sixty other reasons he’s probably a unicorn! Sure, there might be a few differences between rhinos and unicorns, but hey, don’t worry about it. Those differences don’t make him any less of a unicorn. From the dynamic and expressive team of Jory John and K-Fai Steele comes a new and unforgettable character who proves you can be anything you want to be—probably.

K-Fai Steele is the illustrator of numerous children’s books, including A Normal Pig and Old MacDonald Had a Baby. She lives in San Francisco, California. k-faisteele.com