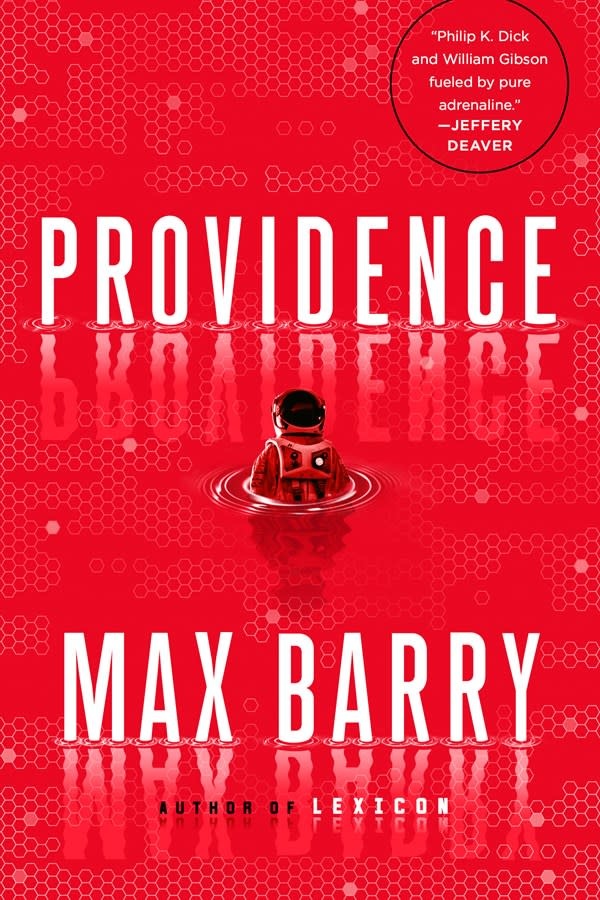 From the ingenious author of Jennifer Government and Lexicon: a brilliant work of science fiction that tells the intimate tale of four people facing their most desperate hour—alone, together, at the edge of the universe.

“An astonishing novel! Providence is Philip K. Dick and William Gibson fueled by pure adrenaline (with a bit of Spielberg and Ridley Scott thrown in). The brilliant, unstoppable imagination of Max Barry glows on every page of this action-filled, yet emotionally resonant, tale. It will keep you riveted from first page till last. I read in one sitting and I guarantee you’ll do the same.”—Jeffery Deaver

The video changed everything. Before that, we could believe that we were safe. Special. Chosen. We thought the universe was a twinkling ocean of opportunity, waiting to be explored.

Seven years after first contact, Providence Five launches. It is an enormous and deadly warship, built to protect humanity from its greatest ever threat. On board is a crew of just four—tasked with monitoring the ship and reporting the war’s progress to a mesmerized global audience by way of social media.

But while pursuing the enemy across space, Gilly, Talia, Anders, and Jackson confront the unthinkable: their communications are cut, their ship decreasingly trustworthy and effective. To survive, they must win a fight that is suddenly and terrifyingly real.

Max Barry is the author of numerous novels, including Providence, Jennifer Government, Company, Machine Man, and Lexicon. He is also the developer of the online nation simulation game NationStates. Prior to his writing career, Barry worked at tech giant HP. He lives in Melbourne, Australia, with his wife and two daughters.