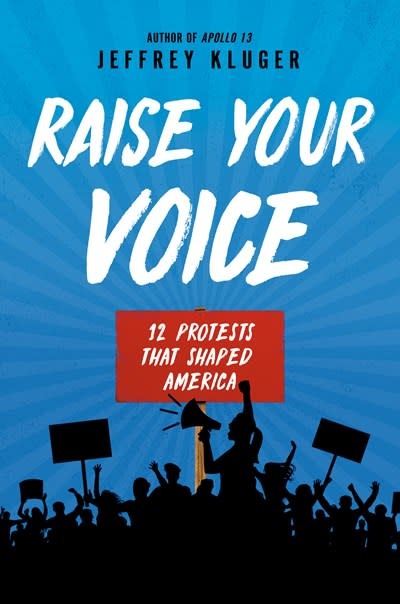 Twelve stories of protests and marches—and the people, movements, and moments behind them—that shaped our country’s history, told by the bestselling author of Apollo 13! Perfect for today’s young activists.

Rise up! Speak out! March!

Protests and demonstrations have spread throughout the United States in recent years. They have pushed for change on women’s rights, racial equality, climate change, gun control, LGBTQI+ rights, and more. And while these marches may seem like a new phenomenon, they are really the continuation of a long line of Americans taking to their feet and raising their voices to cry out for justice.

From the Boston Tea Party to the suffragists, from the Montgomery Bus Boycott to Stonewall, peaceful (and not-so-peaceful) protest has been a means of speaking up and enacting change from the very founding of America. This new collection recounts twelve of the major protests throughout the country’s history, detailing the people behind them, the causes they marched for, and the impact they had.

From the award-winning and bestselling author of Apollo 13 comes a book perfect for today’s new generation of activists.

Praise for Raise Your Voice:

“Show[s] how one person can inspire many…a strong resource for students.”—Publishers Weekly

“Readers will become absorbed in each protest’s narrative due to Kluger’s ­adept writing.”—SLJ

Jeffrey Kluger is the author of several books, including Disaster Strikes!, To the Moon!, Apollo 8, Apollo 13 (originally published as Lost Moon), and The Sibling Effect. As a science editor and senior writer for TIME for more than two decades, he has written over forty cover stories for the magazine. He lives in New York City. Follow Jeff on Twitter @jeffreykluger.