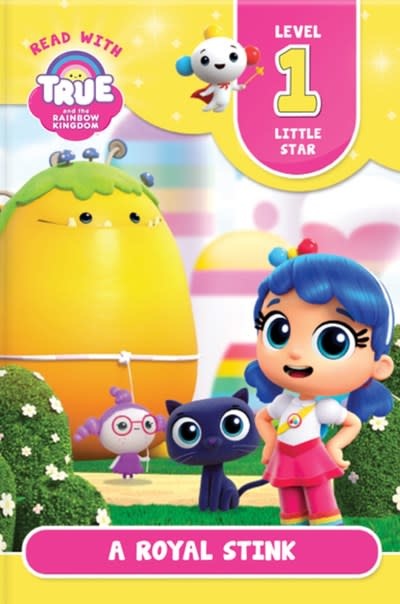 Ages 3 And Up, Grades P And Up

Become a star reader with True! Based on popular True and the Rainbow Kingdom episodes, this three-level reading series is designed for pre-readers and beginning readers.

LEVEL 1 book (LITTLE STAR): For pre-readers to read along. This books features simple sentences and very limited grammar and vocabulary. In addition, 6 to 8 target words per book are presented and featured in a picture dictionary to reinforce the word-meaning connection. Running word count 150-200 words

About True and the Rainbow Kingdom: True is a fearless eight-year-old who helps the whimsical citizens of the Rainbow Kingdom alongside her best friend, Bartleby the cat. When something goes awry in the Kingdom, True keeps the citizens safe and empowers those around her with imagination, empathy, and mindfulness.

The books are drawn from the animated series produced by Guru Studio, based on a concept by famed artist collective FriendsWithYou, in collaboration with Home Plate Entertainment and Pharrell Williams’ multimedia creative collective I am OTHER.