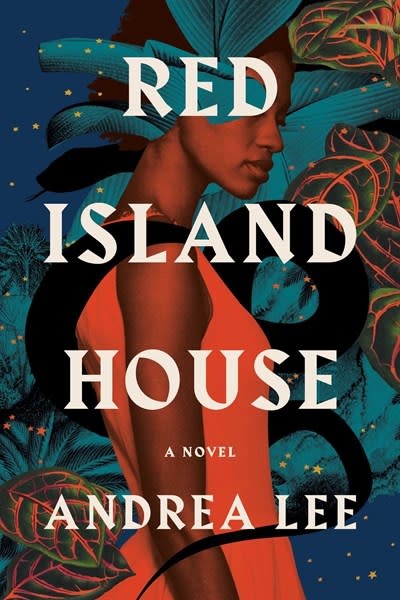 From National Book Award–nominated writer Andrea Lee, an epic, gorgeously evocative novel about love and identity, following two decades in the marriage between an African American professor and her wealthy Italian husband as it unfolds on the remote and mysterious island of Madagascar.

Shay is surprised when her husband Senna declares his intention to build her a spectacular dream house on an idyllic beach in the tropical island nation of Madagascar.

But the Red Island House casts a spell from the moment she sees it, and before she knows it Shay has become the somewhat reluctant mistress of a sprawling household, caught between her privileged American upbringing and education, and her connection to the continent of her ancestors.

At first, she’s content to be an observer of the passionate affairs and fierce ambitions and rivalries around her. But as she and her husband raise children and establish their own rituals on the island, Shay finds herself drawn ever deeper into an extraordinary place with its own laws and logic, a provocative paradise full of magic and myth whose fraught colonial legacy continues to reverberate. Soon the collision of cultures comes right to Shay’s door, forcing her to make a life-altering decision.

A sweeping novel about marriage and loyalty, identity and heritage, fate and freedom, Red Island House reintroduces readers to a powerhouse literary voice and an extravagantly lush, enchanted world.

Andrea Lee is the author of four books, including the National Book Award–nominated memoir Russian Journal, the novels Lost Hearts in Italy and Sarah Phillips, and the story collection Interesting Women. A former staff writer for The New Yorker, she has written for The New York Times Magazine, Vogue, W, and The New York Times Book Review. Born in Philadelphia, she received her bachelor’s and master’s degrees from Harvard University and now lives in Italy. The highly anticipated Red Island House will be her first novel to be published in fifteen years.