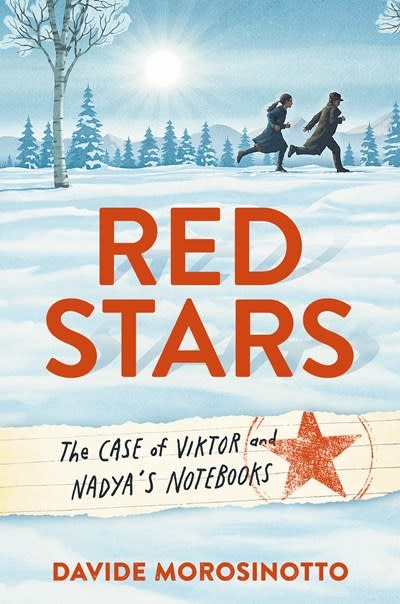 This middle grade mystery adventure, told in a unique format including diary entries, maps and photos, takes readers along on the harrowing journeys of two twelve-year-old siblings, separated just before the Nazi siege of their city and each desperate to reunite with one another.

Twins Viktor and Nadya are twelve years old when Hitler’s Germany declares war on the Soviet Union. With little notice, the city’s children are evacuated on trains that are meant to take them to safety.

Shockingly, Viktor and Nadya are separated, and disaster befalls them both. As the terrible conflict rages, each embarks on a desperate race across snow and ice, struggling through the destruction in an effort to be reunited. Their chances are slim, but they never lose hope.

In an original format—using the kids’ diary entries, with historical photos, maps, and drawings throughout, this fictionalized account of the Nazi siege of Leningrad during the Second World War, this heart-stopping story of danger, courage and bravery emphasizes the power of truth and what it means to be a hero.

Davide Morosinotto is a journalist, video game translator, science fiction writer and children’s book author. In 2007 he won the Mondadori Junior Award, and published his first book. Since then he has written more than thirty books. He lives in Bologna.