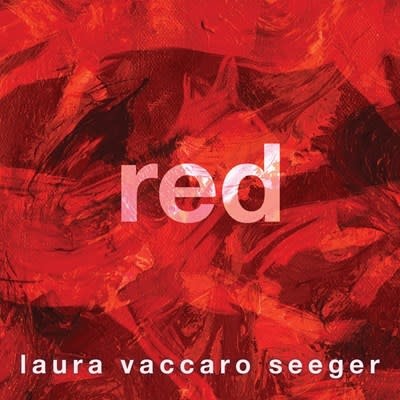 From Two-time Caldecott Honor Award winning author/illustrator of Green and Blue comes Red, the story of a lone fox separated from his pack that deals with emotions like fear and anger through color.

In this simple, sumptuously illustrated companion to the Caldecott Honor Book Green and the highly acclaimed Blue, award-winning artist Laura Vaccaro Seeger once again turns her attention to the ways in which color evokes emotion, in this case, anger, fear, hostility, and ultimately love in a story of a fox trying to return to its family. Lost and alone, he makes his way through a dark forest, injures his paw, has glancing encounters with humans, and finds himself trapped in a cage, before an act of kindness returns him to the wilderness.

Laura Vaccaro Seeger is the author and illustrator of nearly two dozen acclaimed picture books, including Why, the recipient of four starred reviews, and the popular Dog and Bear series, the first of which won the Boston Globe Horn Book Medal. She has been awarded a Caldecott Honor twice, for First the Egg and again for Green, and a Geisel Honor twice, for First the Egg and One Boy. Blue, her companion to Green, has received four starred reviews. She lives in Rockville Center, New York.