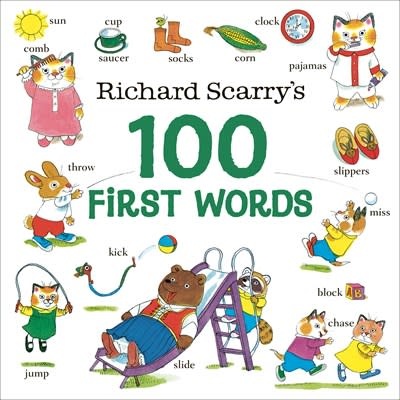 This super-sturdy casebound board book introduces babies and toddlers ages zero to three to 100 essential first words and to the artwork of Richard Scarry! Illustrated with images of everyday items from Richard Scarry’s most-popular Busytown books, there’s something fun to find on every page! Perfect for learning and for play—and also a great way to introduce young children to the friendly characters in Richard Scarry’s Busytown!