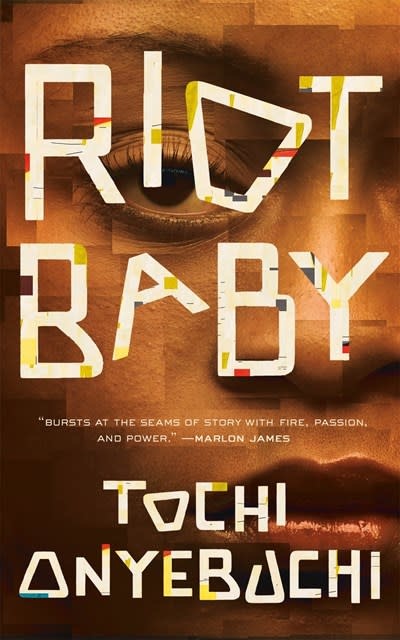 “Onyebuchi’s voice work is magnificent, sharp and whipping. . . . Riot Baby, [his] first novel for adults, is as much the story of Ella and her brother, Kevin, as it is the story of black pain in America, of the extent and lineage of police brutality, racism and injustice in this country, written in prose as searing and precise as hot diamonds."—The New York Times

"Riot Baby bursts at the seams of story with so much fire, passion and power that in the end it turns what we call a narrative into something different altogether."—Marlon James

Ella has a Thing. She sees a classmate grow up to become a caring nurse. A neighbor's son murdered in a drive-by shooting. Things that haven't happened yet. Kev, born while Los Angeles burned around them, wants to protect his sister from a power that could destroy her. But when Kev is incarcerated, Ella must decide what it means to watch her brother suffer while holding the ability wreck cities in her hands.

Rooted in the hope that can live in anger, Riot Baby is as much an intimate family story as a global dystopian narrative. It burns fearlessly toward revolution and has quietly devastating things to say about love, fury, and the black American experience.

Ella and Kev are both shockingly human and immeasurably powerful. Their childhoods are defined and destroyed by racism. Their futures might alter the world.