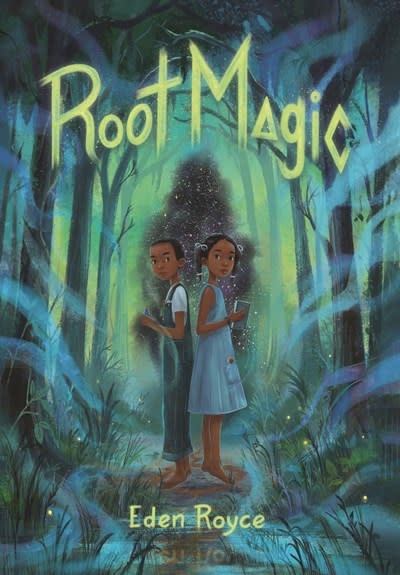 It’s 1963, and things are changing for Jezebel Turner. Her beloved grandmother has just passed away. The local police deputy won’t stop harassing her family. With school integration arriving in South Carolina, Jez and her twin brother, Jay, are about to begin the school year with a bunch of new kids. But the biggest change comes when Jez and Jay turn eleven—and their uncle, Doc, tells them he’s going train them in rootwork.Jez and Jay have always been fascinated by the African American folk magic that has been the legacy of her family for generations—especially the curious potions and powders Doc and Gran would make for the people on their island. But Jez soon finds out that her family’s true power goes far beyond small charms and elixirs...and not a moment too soon. Because when evil both natural and supernatural comes to show itself in town, it’s going to take every bit of the magic she has inside her to see her through.Debut author Eden Royce arrives with a wondrous story of love, bravery, friendship, and family, filled to the brim with magic great and small.

Eden Royce is from Charleston, SC, and is a member of the Gullah-Geechee nation. Her short stories have appeared in various print and online publications, including Fiyah, and she is the recipient of the Speculative Literature Foundation’s Diverse Worlds grant. Root Magic is her first book. Eden now lives in England with her husband and cat. You can find her online at www.edenroyce.com.