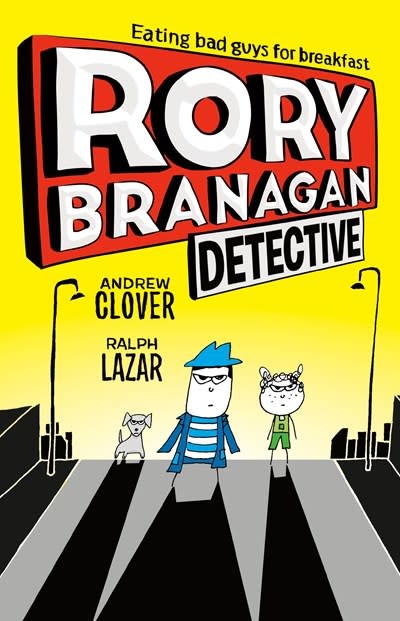 “Such fun! And, happily, more to come!” - Kirkus Reviews

Be bold, be curious, be DETECTIVES! The first book in this hilarious crime-fighting middle-grade detective series reads like an extended graphic novel for aspirational readers and devoted fans of diary-style fiction.

Meet RORY BRANAGAN: he eats bad guys for breakfast-well, not actually. But he is the best detective in town. With his canine sidekick and friend, Wilkins Welkin, and his nosy but helpful neighbor, Cassidy Corrigan, Rory sets off on a crime-fighting detective spree. While chasing bad guys and uncovering mysteries with Cassidy and Wilkins, he sets wrongs right and begins to learn more about himself and his relationship with his father. Both hilarious and heroic, this heart-warming, easy-to-read illustrated adventure will leave you wanting to uncover more about Rory and his family.

Andrew Clover is an actor and comic-nominated for a Perrier at the Edinburgh Fringe. He performs his show The Seven Secrets of Storytelling in schools worldwide from the UK to United Arab Emirates working with Authorsaloud.