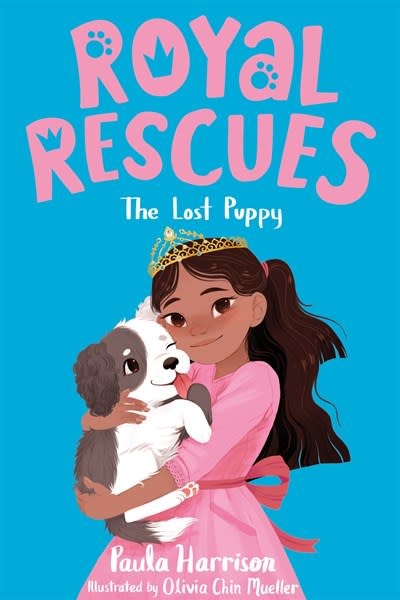 This pet-loving princess finds and helps animals in trouble—even if it's against the rules of being royal!—in this sweet new illustrated chapter book series.

Princess Bea loves animals, and wants a pet of her own more than anything. But her father, the king, says that the Ruby Palace is no place for pets. Still, if Princess Bea finds animals in trouble, she's not going to let a little thing like royal rules stop her from helping!

When a tiny puppy turns up in the palace garden, Bea must keep it a secret until she can find it a home. But it’s hard to hide an excited puppy when there’s a royal banquet underway, and Bea’s going to need some help from her best friend...