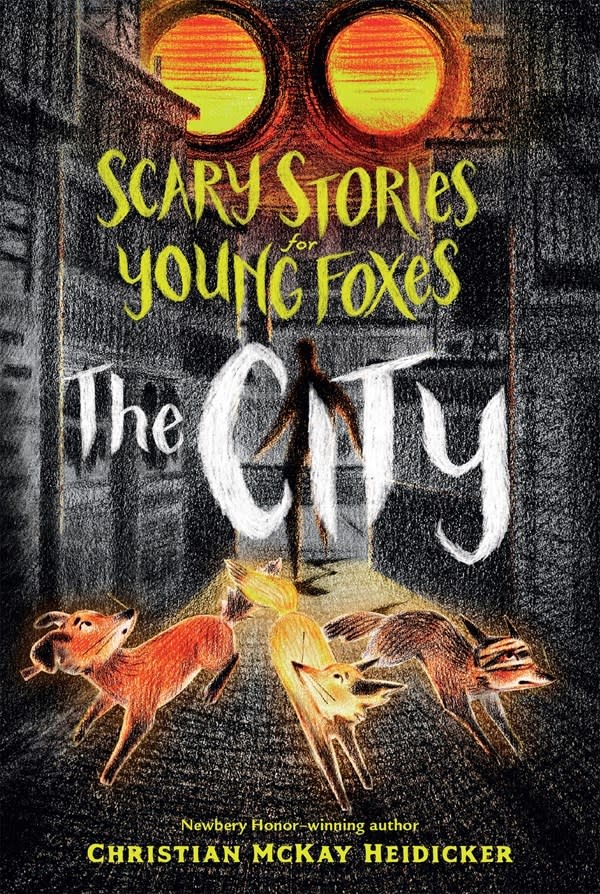 Fox kit O-730 loves the old stories about Mia and Uly and hungers for a life of adventure. But on the Farm, foxes know only the safety of their wire dens. When O-370 slips free of his cage, he witnesses the gruesome reality awaiting all of the Farm's foxes and escapes with his life.

In a nearby suburb, young Cozy and her skulk are facing an unknown danger, a being that can blend in with the scenery and speak with a fox’s voice. Something that hunts foxes. Forced to flee their den, they travel to a terrifying new world: the City.

There, Cozy and O-370’s lives intersect, and they’ll need to stick together to survive the monsters lurking among the City’s shadows. And they’ll quickly discover that there are no cautionary tales to prepare them for the most dangerous creatures of all: humans.