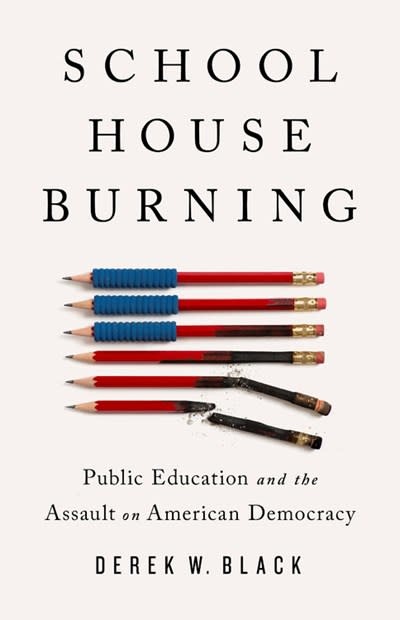 Schoolhouse Burning: Public Education and the Assault on American Democracy

A stirring and passionate defense of the central importance of public education to American democracy, vividly illustrating how the forces of reaction are chipping away at a constitutional right.

We are in the midst of a full-scale attack on our nation's commitment to public education. From funding, to vouchers, to charter schools, public education policy has become a political football, rather than a means of fulfilling the most basic obligation of government to its citizens.

As Derek W. Black vividly illustrates, this assault threatens not just public education, but democracy itself. Black offers both an illuminating history of our nation's establishment of a constitutional right to education, and a trenchant analysis of how such a right is being undermined today. He looks at education history with a wide view, describing both periods when our democracy has been strengthened-when the commitment to public education has been strongest-and weakened, when such a commitment has been lacking. And today, such a commitment is sorely lacking.

Schoolhouse Burning shows what is at stake: not just the right to public education as guaranteed by the constitution, but an erosion of democratic norms.

Derek W. Black is a professor at the University of South Carolina Law School where he teaches constitutional law, civil rights, and education law. He is a well-known and outspoken advocate of the importance of public education and his work has been published in both professional legal journals as well as the mainstream media.