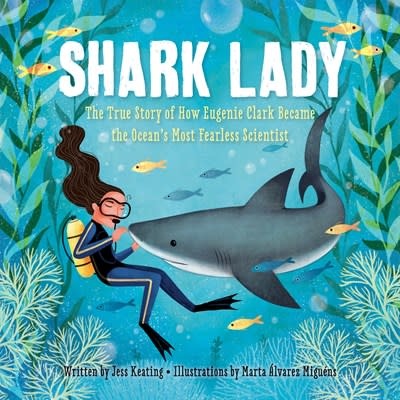 $17.99
Ages 4 to 8, Grades 4 And Under
A beautifully illustrated biography of Eugenie Clark, a scientist as impressive as the sharks she studied
At nine years old, Eugenie Clark developed an unexpected passion for sharks after a visit to the Battery Park Aquarium in New York City. At the time, sharks were seen as mindless killing machines, but Eugenie knew better and set out to prove it. Despite many obstacles in her path, including trying to break into the scientific field as a woman, Eugenie was able to study the creatures she loved so much. From her many discoveries to the shark-related myths she dispelled, Eugenie's wide scientific contributions led to the well-earned nickname "Shark Lady," as she become a fixture in the world of ocean conservation and shark research.
Add your review
0 stars based on 0 reviews
Add to wishlist / Add to comparison