Home » Shirley and Jamila Save Their Summer 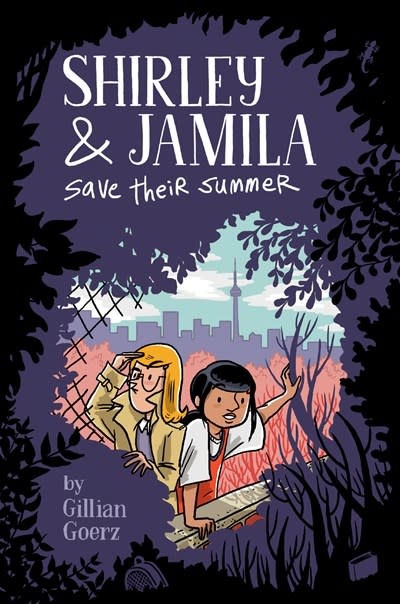 Shirley and Jamila Save Their Summer

This middle-grade graphic novel for fans of Roller Girl and Smile introduces Jamila and Shirley, two unlikely friends who save each other’s summers while solving their neighborhood’s biggest mysteries.

Jamila Waheed is staring down a lonely summer in a new neighborhood—until she meets Shirley Bones. Sure, Shirley’s a little strange, but both girls need a new plan for the summer, and they might as well become friends.

Then this kid Oliver shows up begging for Shirley’s help. His pet gecko has disappeared, and he’s sure it was stolen! That’s when Jamila discovers Shirley’s secret: She’s the neighborhood’s best kid detective, and she’s on the case. When Jamila discovers she’s got some detective skills of her own, a crime-solving partnership is born.

The mystery of the missing gecko turns Shirley and Jamila’s summer upside down. And when their partnership hits a rough patch, they have to work together to solve the greatest mystery of all: What it means to be a friend.

Gillian Goerz is a Canadian illustrator, writer, and cartoonist. Her illustrations can be found in books such as Ryan North’s choosable path adventures To Be or Not to Be and Romeo and/or Juliet. Her comics have been seen in The Walrus, Descant Magazine, and the Humber Literary Review with frequent collaborator and award-winning author Mariko Tamaki. CBC Books named Gillian’s autobiographical comic “a highlight” of the anthology The Secret Loves of Geek Girls. She lives in Toronto, Canada.