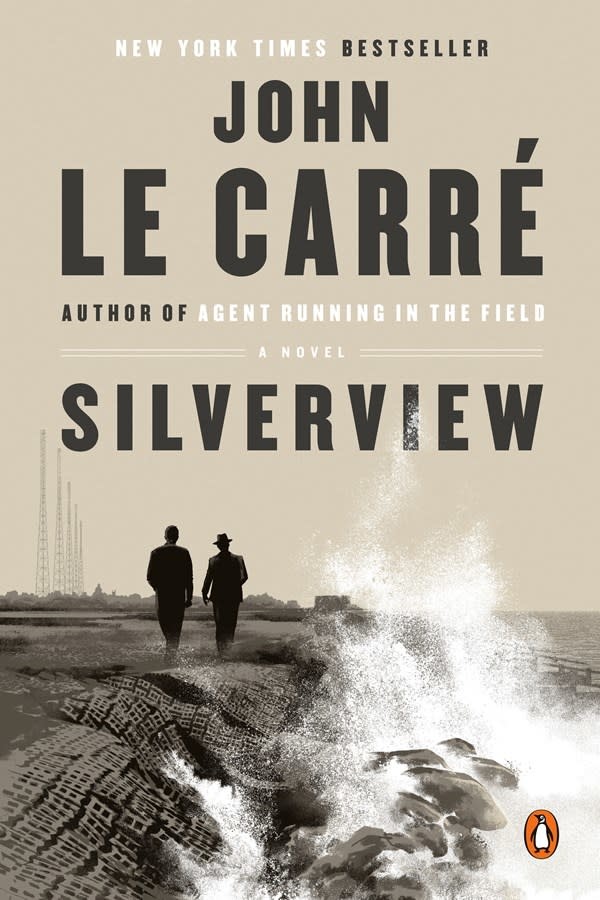 In Silverview, John le Carré turns his focus to the world that occupied his writing for the past sixty years—the secret world itself.

Julian Lawndsley has renounced his high-flying job in the City for a simpler life running a bookshop in a small English seaside town. But only a couple of months into his new career, Julian’s evening is disrupted by a visitor. Edward, a Polish émigré living in Silverview, the big house on the edge of town, seems to know a lot about Julian’s family and is rather too interested in the inner workings of his modest new enterprise.

When a letter turns up at the door of a spy chief in London warning him of a dangerous leak, the investigations lead him to this quiet town by the sea…

Silverview is the mesmerizing story of an encounter between innocence and experience and between public duty and private morals. In this last complete masterwork from the greatest chronicler of our age, John le Carré asks what you owe to your country when you no longer recognize it.

JOHN LE CARRÉ was born in 1931. For six decades he wrote novels that came to define our age. He published his debut novel, Call for the Dead, in 1961 while still a secret servant. His third novel, The Spy Who Came in from the Cold, secured him a worldwide reputation, which was consolidated by the acclaim for his trilogy Tinker Tailor Soldier Spy, The Honourable Schoolboy,and Smiley’s People. At the end of the Cold War, le Carré widened his scope to explore an international landscape including the arms trade and the War on Terror. His memoir, The Pigeon Tunnel, was published in 2016 and the last George Smiley novel, A Legacy of Spies, appeared in 2017. Silverview is his twenty-sixth novel. John le Carré died on December 12, 2020.