Home » Simon and the Bear: A Hanukkah Tale

Simon and the Bear: A Hanukkah Tale

Before Simon sails to America, he promises his family that he will get a job and send for them. Simon’s mother knows he will need a miracle, so she reminds him to celebrate Hanukkah wherever he may be.

Little does either of them know that Simon will spend the first night of Hanukkah on an ice floe after his ship sinks.

The lone survivor out in the wide ocean, Simon lights the first candle, and it attracts a visitor: a polar bear.

Does she eat him? No! She shares his latkes, enjoys his songs, goes fishing for him, and even keeps him warm at night.

By the last day of Hanukkah, Simon has nearly given up hope of ever being rescued. But then he recounts all of the miracles that have befallen him so far. 'Perhaps it is not too much to hope for one more,' he thinks, as he lights all of the candles in the menorah.

The bright glow signals a passing ship, and Simon makes it to New York after all.

This fanciful Hanukkah tale—like none you’ve ever read before—celebrates eight miracles: family, friendship, hope, selflessness, sharing, faith, courage, and love. A retelling of the ancient Hanukkah story is included on the last page.

I Know an Old Lady Who Swallowed a Dreidel 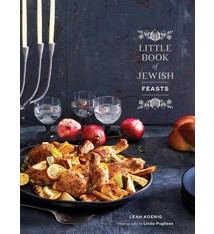 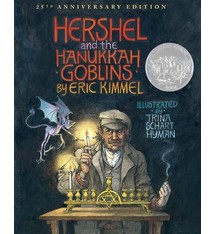 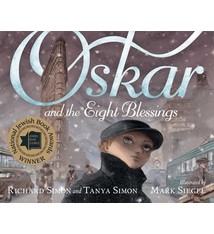 Oskar and the Eight Blessings